World leaders on Thursday, May 27, 2021 convened at the Climate Breakthroughs Summit — a collaboration between the World Economic Forum, Mission Possible Partnership, the UN Climate Champions, and the UK COP26 Presidency — to demonstrate progress in critical sectors of the global economy, including steel, shipping, green hydrogen and nature.

At the Summit, Maersk was among the major new joiners of the Race to Zero campaign, committing to halving their emissions by 2030 in line with achieving the long-term goal of full decarbonisation under the Paris Agreement. Other companies that reiterated their commitment to the Race to Zero at the Summit included IKEA, Orsted and ENGIE.

The announcement comes as the World Meteorological Organisation reports that there is about a 40% chance of the annual average global temperature temporarily reaching 1.5°C in at least one of the next five years, with a 90% likelihood of at least one year between 2021-2025 becoming the warmest on record.

“I applaud all the companies, cities, regions and investors joining Race to Zero for their leadership and collaboration, and to those that have not yet signed up, join us.”

Maersk, the world’s largest container shipping line and vessel operator since 1996, has joined the Race to Zero through Business Ambition for 1.5. Their near-term target to have commercially viable, net-zero vessels operating in their fleet by 2023 is part of the critical next steps for an industry currently responsible for nearly 2.5% of global emissions.

Maersk joins a growing cohort of ambitious non-state actors that are defining how to meet their climate targets in tandem with those of national governments. Yesterday, Health Care Without Harm, the Race to Zero health care partner, announced the first group of hospitals and health systems joining Race to Zero.

“In stepping up to join the Race to Zero, these health care institutions send a strong message that the health community is part of the solution. This is what a healthy recovery can look like,” said Maria Neira, WHO Director, Environment, Climate Change and Health.

The transitions of individual companies and institutions such as these are being supported by sector-wide plans, reflected in the revised Climate Action Pathways, also launched today with the Marrakech Partnership for Global Climate Action. The pathways set out sectoral visions for achieving a 1.5°C resilient world in 2050, providing a roadmap to help countries and non-State actors alike to identify actions needed by 2021, 2025, 2030 and 2040 to deliver a zero-carbon world in time.

The updated Industry pathway shows that decarbonising both heavy industry (aluminium, concrete and cement, chemicals, metals and mining, plastics and steel) and light industry (consumer goods, fashion, ICT and mobile, and retail) is technically and economically feasible through reducing materials and energy use; increasing their productivity; and decarbonising production processes while implementing transitional solutions such as natural climate solutions where direct emissions reduction cannot be achieved. The other pathway updates will follow in due course and a Finance pathway will be launched for the first time.

Nigel Topping, UN High-Level Climate Champion for COP26, said: “The only way to deliver the promise of the Paris Agreement is with immediate action. The Climate Action Pathways light the way for actors across the global economy to take the urgent next steps to halve emissions by 2030.”

The pathway update comes in advance of the widely anticipated steel roadmap due next month, which will bring industry together across the entire value chain. The steel roadmap will enable real decision-making around different scenarios and the choices available to decarbonise – from technology to timeframes to the use of hydrogen – as we mobilise industry action now on achieving net-zero steel before 2050.

Nature’s place in the race

The event coincided with the publication of a landmark report on Nature, Nature and Net Zero, which reveals that natural climate solutions have the potential to provide one-third of the climate mitigation to reach a 1.5- or 2-degree pathway by 2030. Deployed in the right way, natural climate solutions can also produce high co-benefits that accrue to nature and to communities – and at a lower cost than other forms of carbon dioxide removal.

Written by the World Economic Forum, in collaboration with McKinsey & Company, the report sets out six actions to accelerate the scale-up of high-quality implementation of natural climate solutions and the role of radical collaboration with business leaders, policymakers and civil society.

Gonzalo Munoz, UN High-Level Climate Champion for COP25, said: “Only by collaborating aligned with science in wholesale systems transformation can we upgrade the sectors of our global economy to deliver a healthy, resilient, zero-carbon world. The steps we take in the next five years are critical to get us on the path to zero emissions in time.”

Previous: Coalition lauds Dutch court ruling against Shell
Next: Covid-19 recovery financing should be an investment in nature 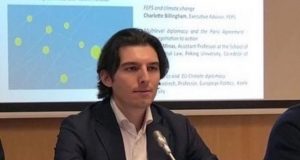 Net Zero by 2050: CAN lauds report’s recognition of 1.5 degrees’ feasibility 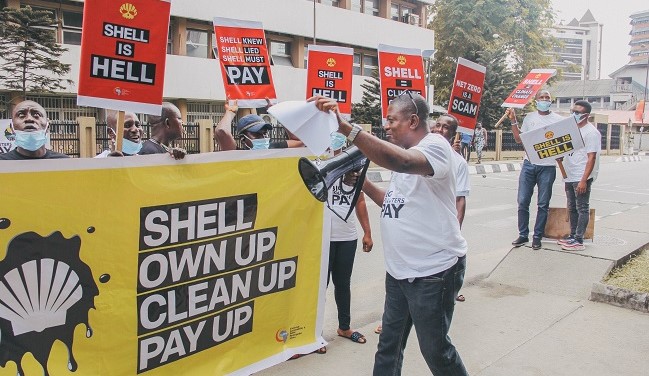