The Co-Chairs of the group charged with reaching a universal climate change agreement in Paris under the UN have issued a consolidated version of the formal “Geneva” negotiating text as a tool to help governments in their negotiations. 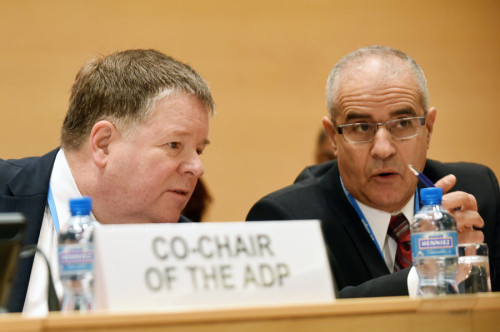 The document from Co-Chairs Ahmed Djoghlaf and Daniel Reifsnyder covers the substantive content of the new agreement including mitigation, adaptation, finance, technology, capacity building, and transparency of action and support.

The Co-Chairs’ new document presents a clearer picture of the possible final outcome, while not omitting any of the options put forward by the Parties to the UNFCCC in the formal Geneva text.

The Co-Chairs intention, at the request of Parties, is to offer the document as a tool that can allow them more effectively to negotiate when they reconvene in Bonn from 31 August to 4 September under the Ad Hoc Working Group on the Durban Platform for Enhanced Action (ADP).

The document provides for the first time clarity on what could be contained within the emerging legal agreement in Paris. It also clarifies what decisions with immediate effect could be taken at the moment the agreement is adopted. Finally it starts to identify what further decisions will need to be taken to make the Paris Agreement fully operational before it enters into effect in 2020.

This could mean, for example, that new commitments that boost the response to climate change would be enshrined in the agreement, but the details of how these commitments would be implemented as well as the details of any new arrangements to support implementation are captured in an accompanying decision.

Governments under the UN Framework Convention on Climate Change (UNFCCC) are set to reach a new climate change agreement in Paris, in December, that puts all nations on track towards a sustainable future by keeping the average global temperature from rising beyond 2 degrees Celsius.

As part of the agreement, every country is expected to contribute now and into the future, based on their national circumstances and with adequate financial and technology support, to bring down global greenhouse gas emissions in line with the ultimate goal and to adapt societies and economies to existing and future climate change.

This document, along with other relevant ones, can be found here: http://unfccc.int/meetings/session/9056.php 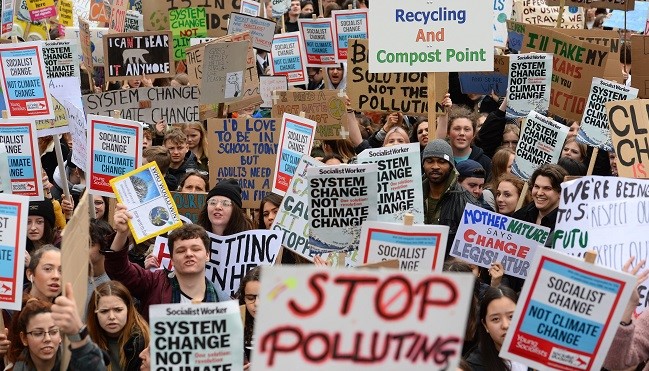