Food Tank and The Lexicon for Sustainability feature farming and resilience through The Food List, a cross-media messaging campaign that provides the vital tools needed for fixing the food system

Farmers depend on just a handful of crop varieties, which can be more easily wiped out by pests, diseases, or climate change. According to the U.S. Department of Agriculture’s Farm Service Agency (FSA), approximately half of farmland in the United States is planted with corn or soy, accounting for about 150 million acres. This lack of diversity limits farmers’ ability to adapt to changing weather patterns and climate change.

“The question is not whether systems this brittle will break down, but when and how, and whether when they do, we’ll be prepared to treat the whole idea of sustainability as something more than a nice word,” wrote Michael Pollan.

A more resilient agricultural system is needed, especially in the face of climate change

“With 80 million more mouths to feed each year and with increasing demand for grain-intensive livestock products, the rise in temperature only adds to the stress. If we continue with business as usual on the climate front, it is only a matter of time before what we (saw) in Russia becomes commonplace,” said Lester Brown, U.S. environmental analyst, founder of the Worldwatch Institute, and founder and president of the Earth Policy Institute. 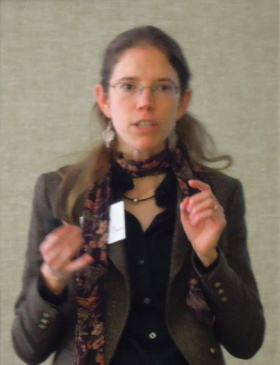 Family farmers and food revolutionaries are working to create this paradigm shift by restoring ecological resilience in their local communities. Farmers are diversifying their cropping systems and working together on projects to preserve biodiversity in fields and on plates.

According to Dr. Bianca Moebius-Clune, Soil Health Division Director for the U.S. National Resource Conservation Service (NRCS), farmers are improving soil’s “ability to take in and hold ‘water in the bank.’ They’re even creating wildlife and pollinator habitat—all while decreasing risks from extreme weather and harvesting better profits and often better yields.”

Here’s how family farmers, food heroes, and organisations around the world are working to create resilient local food systems that are immune to the shocks of climate change and ecological disturbance.

Adapt-N is an interactive tool developed by researchers at Cornell University, designed to help corn growers reduce nitrogen applications based on site-specific recommendations. The website is part of a suite of decision-support tools from Cornell that aim to help farmers mitigate and adapt to climate change in the United States.

DivSeek, an international partnership launched in January of 2015, is working to use big data in order to catalog the physical and genetic information held within international gene banks, and to make it available online. The initiative, involving 69 organizations from 30 countries, enhances the productivity and resilience of global crops by giving breeders and researchers access to information through an online portal.

In the Philippines, Dr. Wilson Cerbito, Assistant Regional Director of the Department of Agriculture, addressed the First Agriculture Summit on May 7, 2015, noting the Philippines is the third most vulnerable country in the world to climate change. The event aimed to outline strategies for improving productivity of rice and root crops through technologies and practices that promote ecological resilience.

Full Belly Farm in California received the California Leopold Conservation Award for its land stewardship and conservation efforts. Judith Redmond, a manager of the farm, demonstrated resilience in the face of extreme drought by changing her crop choices, implementing drip irrigation, and reducing her reliance on groundwater. The creek that usually irrigates her crops ran completely dry last year, but Redmond was still able to irrigate her crops using micro-irrigation.

La Red de Guardianes de Semillas (The Network of Seed Guardians) is preserving rare plant varieties and culturally important seeds in Tumbaco, Ecuador. The community model for seed-saving fosters exchange of cultural knowledge between small farmers, trains growers on permaculture techniques, and works to preserve biodiversity throughout Ecuador. The coupling of cultural heritage and biological heredity in something so small as a seed gets at the heart of the resilience concept; the more biologically and culturally varied a system, the more buffered it is against disturbance.

With a huge potential for a robust fisheries supply...

Public knowledge on how Genetically Modified Organisms (GMOs) are produced...