A month following the end of the 22nd Session of the Conference of the Parties (COP22) to the UN Framework Convention on Climate Change (UNFCCC), the civil society pole, led by Driss El Yazami, President of the National Human Rights Council of Morocco, conducted its assessment. 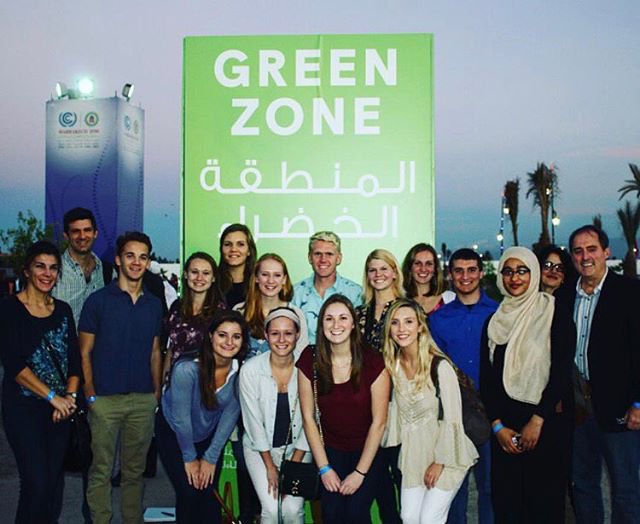 The civil society area is located in the Green Zone of the Bab Ighli site in Marrakech that hosted COP22 from November 7 to 18, 2016

By mobilising national and international civil society actors ahead of COP22, the civil society pole ensured a significant commitment by stakeholders in the fight against climate change. A diverse programme of meetings, debates, activities, conferences and side events demonstrated the commitment of civil society organisations and non-state actors for efficient and urgent climate action.

Mobilisation ahead of COP22 continues beyond COP22

In order to prepare civil society actors for COP22, the civil society pole supported the organisation of the MedCOP on Climate and six regional meetings in Morocco. This regional dimension will be pursued with meetings to be organised in other regions throughout the Kingdom.

The COP22 Moroccan Presidency established the mobilisation of civil society as one of its priorities. Thus, for the first time in COP history a meeting will take place in early 2017 between the Moroccan Presidency and civil society.  The nine constituent groups will come together to take stock on COP22 and examine the different avenues of collaboration with Morocco during its presidency.

“COP22 showed remarkable mobilisation among Moroccan, African and international civil society that needs to be continued. We have to capitalise on its success and move forward.  COP22 represented a turning point in civil society mobilisation,” declared El Yazami.

Mobilisation of civil society in numbers

Located in the Green Zone of the Bab Ighli site that hosted COP22 from November 7 to 18, 2016, the civil society area equaling 10,000m2, welcomed the participation of more than 300 exhibitors among 152 spaces, 680 activities, debates and conferences were organised. In total, 60 nationalities were represented. Interested by civil society initiatives and actions, 24,000 people on average per day, with a high point of 27,000 on November 15, visited the space.

Aware of the importance of civil society climate action and considering that the Paris Agreement goals will not be reached without strengthening the collaboration between state and non-state actors, high-level personalities such as Her Royal Highness Princess Lalla Hasnaa of Morocco, COP22 President Salaheddine Mezouar, the President of France, Francois Hollande, the President of the Comoros Azali Assoumani, the Mayors of Paris and Brussels, Anne Hidalgo and Yvan Mayeur, among others, visited the Green Zone.

The presence of civil society actors was also observed outside of the Bab Ighli site, particularly during the climate action march organised in the city of Marrakech that saw the participation of more than 7,500 people on December 13.