Countries in the Pacific Islands have taken stock of Nationally Determined Contributions (NDCs) submitted from the region. At two meetings held recently in Fiji, participants likewise assessed the status of as well as plan for implementation of NDCs, as well as exchange of country experiences. 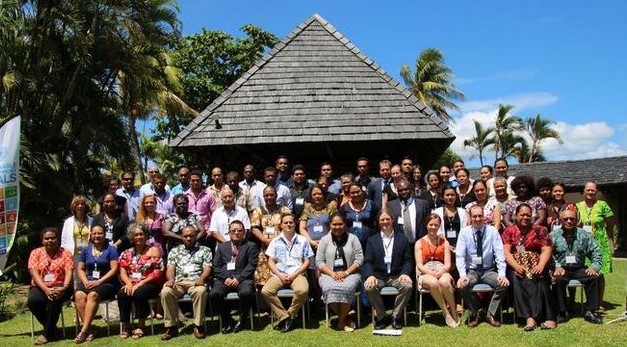 Participants at the Regional Dialogue in Fiji

The meetings also touched upon some of the technical and institutional issues that the countries in the region are facing in implementing their NDCs.

The Regional Dialogue on NDCs brought together government representatives from the Pacific region, developed country representatives and international organisations/experts involved in the NDC process.

The dialogue, organised by the United Nations Development Programme (UNDP), the UNFCCC secretariat, and the UNDP/UNEP Global Support Programme (GSP) for National Communications and Biennial Update Reports, was attended by almost 60 participants, including representatives from 14 Pacific Island countries, as well as other countries and organisations.

This was the third in a series of joint UNDP/UNFCCC regional dialogues funded by a number of donors. The first was held in Costa Rica in June for the LAC region, and the second in Tunis in August for the Africa region. The Asia dialogue will take place in Turkey in February 2017.

ALSO READ:  Buildings must be zero carbon by 2050, says report

The second event, a Capacity-building Workshop on the MRV/Transparency Framework for the Pacific Islands, was co-organised by the UNDP/UNEP Global Support Programme (funded by the Global Environment Facility – GEF) and by the Governments of Australia and Singapore with technical support from the UNFCCC secretariat.  The workshop, attended by the same group of participants, was aimed at engaging the technical capacity of countries from the Pacific region to enhance their ability to participate effectively in the existing MRV arrangements and to prepare them for the implementation of the transparency framework under the Paris Agreement.