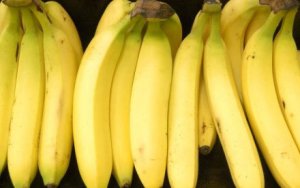 The Open Letter is said to be supported by more than 120 organisations from around the world. Farmers, advocates, consumers and other communities from the United States are reportedly represented, including the US Food Sovereignty Alliance (USFSA), FoodFirst, AGRA Watch/Community Alliance for Global Justice and La Via Campesina North America, and several others from Africa, Europe, Latin America, the United Kingdom, Asia and Australia. Dr. Vandana Shiva, Dr. Jeanne Koopman, Dr. Eva Navotny and Professor Joseph Cummins are among the prominent scientists and academics also supporting the Open Letter.

The GM banana human trials, it was gathered, are funded by the Bill and Melinda Gates Foundation and carried out by Iowa State University under the leadership of Dr. Wendy White. The human subjects of these trials are young female students from Iowa State University. Scientists at the Queensland University of Technology in Australia developed the GM banana, also with funds provided by the Gates Foundation.

Touted as a ‘Super Banana,’ the GM banana in question has been genetically modified to contain extra beta-carotene, a nutrient the body uses to produce Vitamin A. The results of the human trials are designed to support the release of the GM bananas into Ugandan farming and food systems.

According to Iowa State University, “Vitamin A deficiency is a major public health problem in Uganda and other countries in sub-Saharan Africa and leads to decreased survival in children, impaired immune function and blindness.”

An outraged Bridget Mugambe, a Ugandan and AFSA Policy Advocate, says, “Just because the GM banana has been developed in Australia and is being tested in the US, does not make it super! Ugandans know what is super because we have been eating homegrown GM-free bananas for centuries. This GM Banana is an insult to our food, to our culture, to us a nation, and we strongly condemn it.”

Iowa farmer George Naylor noted, “We’re told that GMOs are safe but we don’t even know if these genetically modified bananas should be tested on humans. People who are malnourished need good food, not another public relations stint that clears the way for more corporate, patented, high-profit technologies.”

“As AFSA, we are vehemently opposed to GM crops. Africa and Africans should not be used as justification for promoting the interest of companies and their cohorts. We do not need GM crops in this changing climate. What we need is the diversity in our crops and the knowledge associated with them,” commented Dr. Million Belay, AFSA Coordinator.

The trials are to take place in the US over a six-week period, and researchers aim to start growing the fruit in Uganda by 2020.

Vitamin A deficiency can be fatal: hundreds of thousands die annually worldwide, while many others go blind.

Professor James Dale, the project’s leader, stated: “The consequences of vitamin A deficiency are dire with 650,000-700,000 children worldwide dying…each year and at least another 300,000 going blind.

“Good science can make a massive difference here by enriching staple crops such as Ugandan bananas with pro-vitamin A and providing poor and subsistence-farming populations with nutritionally rewarding food. We know our science will work. We made all the constructs, the genes that went into bananas, and put them into bananas here at QUT.”

Dale added that the genetically modified banana flesh is more orange than a usual banana, but otherwise looks the same.

The highland or East African cooking banana is a dietary staple in East Africa, according to the researchers. However, it has low levels of micronutrients, particularly vitamin A and iron.

If the project is given the go-ahead for Uganda after the US trials, micronutrient enriched/modified crops could also be given the green light for Rwanda, Kenya, and Tanzania.

“In West Africa farmers grow plantain bananas and the same technology could easily be transferred to that variety as well,” Dale stated.

The claim that genetically-modified organisms (GMOs) pose no risk to human and environmental health is far from settled, despite industry assertions.

In October, 93 international scientists said there was a lack of empirical and scientific evidence to support what they said were false claims made by the biotech industry about a so-called “consensus” on GMO safety. They said more independent research is needed, as existing studies which say that GMOs are safe are overwhelmingly funded and supported by biotech companies.

The Gates Foundation has a history of supporting GMO research and technology – at least since 2010, when the non-profit invested in a low amount of shares in biotechnology giant Monsanto. Gates has amped up support for GMOs so that “poor countries that have the toughest time feeding their people have a process,” adding that “there should be an open-mindedness, and if they can specifically prove (GMO) safety and benefits, foods should be approved, just like they are in middle-income countries.”

Such support has resulted in criticism and suspicion of the foundation’s agenda.

As for the worry that GMO seeds are increasingly consolidated in the hands of major agribusiness powers, Gates said in February 2013 – after his foundation reportedly sold the approximately $23 million in Monsanto shares it owned – that there are “legitimate issues, but solvable issues” with GMO technology and wider use. He added that one solution may be offering crops already patented but requiring no royalty dues.

“Middle-income countries are the biggest users of GMOs…Small farmers have gotten soy beans and cotton and things like that. But we’re trying to get African agriculture up to high productivity – it’s about a third of rich-world productivity right now – and we need the full range of scientific innovation, with really good safety checking, to work on behalf of the poor,” Gates told Quartz in January.

GMO crops are now grown in 28 countries, or on 12 percent of the world’s arable land, with the acreage doubling every five years. However, in the European Union, only two GMO varieties have so far been licensed for commercial harvesting (compared to 96 in the US).

In the US, an overwhelming majority of Americans say they support the labelling of GMO products – an effort that has gained traction in some states and interest in nearly all others.

Opponents of labelling – including powerful food industry and biotechnology players – are currently mobilising their resources on the national level to stem the tide of sentiment against GMO proliferation. These groups have worked with supportive members of Congress to introduce federal legislation that would block states from passing mandatory GMO labelling measures like Vermont’s, despite the “right to know” movement’s rising popularity.

GMOs have been in the food supply since the 1990s, and are included in roughly 70 to 80 percent of products available to American consumers, according to food manufacturers. The most widely used GMO crops in the US are corn, soybeans, and canola. 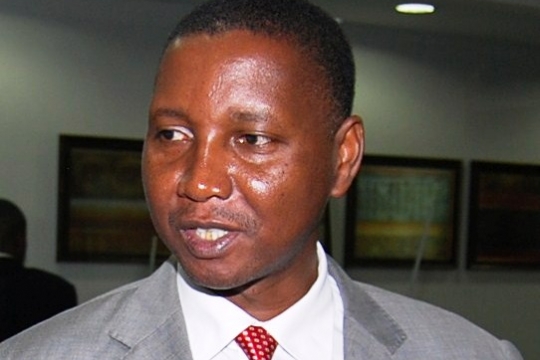