An estimated 15,000 people took to the streets of Lima on Wednesday 10, 2014 December for the People’s Climate March, calling for the ministers to shift to 100 per cent clean energy by 2050.

Avaaz Campaign Director, Iain Keith, said: “The public call for 100% clean energy has gone mainstream, and finally leaders are starting to respond with ambitious targets. Now, from Lima to Paris, Ministers must defend and deliver what the world needs: firm commitments to totally end carbon pollution.” 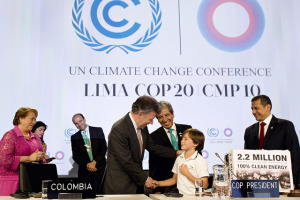 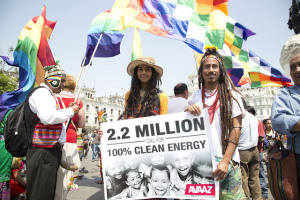 Meeting urges prioritisation of water and sanitation to get health, climate, economic targets back on track

Images: When stakeholders engaged on domestication of Basel Convention Amendment

SRADeV Nigeria, in collaboration with the National Environmental Standards...