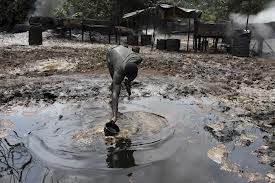 Mr Liu Kan, the Consul-General of the Consulate General of People’s Republic of China in Lagos, on Thursday expressed his country’s growing interest in Nigeria’s oil and gas industry.

Liu told the News Agency of Nigeria (NAN) in Lagos that China would also depend on Nigeria to satisfy the demand of her increasing population for crude oil and gas.

“China is the most populous nation in the world and her demand for oil and gas is increasing by the day.

“Nigeria is the largest oil producer in Africa and ranks the 11th largest in the world.

“China will, therefore, continue to value her good relations with Nigeria in areas of oil and Gas.

“We see a great potential in our cooperation with Nigeria in areas of oil and gas in the future,’’ he said.

The consul-general also said that many more Chinese oil companies had indicated interest in Nigeria’s oil and gas industry.

The envoy expressed optimism that the cooperation between both countries would continue to be on a win-win basis.

Liu appealed to the Nigeria Government to create enabling environment for cooperation between the two countries to continue to thrive. (NAN)