International Rivers on Monday, October 11, 2021 released a letter signed by more than 570 experts, scientists, engineers, researchers, and practitioners from 97 countries urging the United Nations and national delegates to strengthen actions to protect freshwater ecosystems and biodiversity as they gather this week for the Fifteenth Meeting of the Conference of the Parties to the Convention on Biological Diversity (CBD COP15).

These thought leaders on water issues – including scientists from multiple disciplines, engineers, public health professionals, water managers, economists, business executives, environmental planners, indigenous leaders, winners of MacArthur Fellowships, Goldman Environmental Prizes, and Stockholm Water Prizes, directors of research and advocacy organizations, and other experts involved with protecting and restoring rivers, wetlands, streams, and lakes – raise the alarm that humanity is facing a catastrophic loss of freshwater systems on which we depend for our very lives.

“Freshwater ecosystems globally are being degraded faster even than they are on land or at sea, and freshwater fishes and other aquatic animals face much higher risks of extinction than do their terrestrial or marine counterparts. One-quarter of the world’s rivers now run dry before reaching the ocean. The current human use of freshwater resources is utterly unsustainable, and getting worse every decade.

“However, there is still time to avert the worst outcomes if we act swiftly. Action plans and technologies are already available to help conserve and restore freshwater ecosystems and their critical environmental services. The time to act is now,” says Professor James S. Albert, Professor of Ecology and Evolution at the University of Louisiana at Lafayette and a lead author of the peer-reviewed article “Scientists’ warning to humanity on the freshwater biodiversity crisis,” published in Ambio in January 2021.

Ms. Ang’elei is the Founder of Friends of Lake Turkana, and a human rights and environmental activist who was honored for her work with the Goldman Environmental Prize in 2012.

In the last 50 years, freshwater vertebrate populations have declined by 84%, which is more than twice the declines observed for either terrestrial or marine species, according to the UN.

“Asia’s rivers, lakes, and wetlands collectively harbour almost one-third of the world’s freshwater fish species, many of which are endemic and exist within a small range. Thirty-two freshwater-dependent species have already gone extinct from the Asian continent, with an additional 450 species living on the edge –assessed as ‘Critically Endangered’.

“The threats of anthropogenic stressors include pollution, hydropower development, alien species and overharvest, but sadly freshwater biodiversity in Asia suffers from ‘out of sight’ and ‘out of mind’ for most policy-makers and politicians. We have to act now, and act strongly to bend the curve of biodiversity loss,” says Rajeev Raghavan, South Asia Coordinator of IUCN’s Freshwater Fish Specialist Group.

The targeted actions required to protect and preserve freshwater ecosystems currently do not exist.

Juliana Delgado, Northern Andes and South Central America Science Coordinator for the Nature Conservancy in Colombia says, “For too long, we have assumed that land protection will inherently safeguard the freshwater systems within it. Supported by decades of research, we now understand the flaw in this logic. In Latin America and globally, dams continue to be constructed in protected areas – and freshwater habitats, biodiversity, and ways of life continue to disappear. The fifteenth UN Convention on Biological Diversity is the once-in-a-generation opportunity for global leaders to reflect this understanding and change the trajectory for the most threatened ecosystems on the planet.”

“As these experts make clear, a healthy, just, and resilient future depends on protecting and restoring our freshwater ecosystems and the plants, animals, and people they support,” says Darryl Knudsen, Executive Director of International Rivers. “As Indigenous Peoples and others remind us: water is life. Our survival depends on fisheries, wetlands, birds, clean water, free-flowing rivers, insects, and the entire web of freshwater systems for food, health, and culture.”

“We worked on this letter with scientists from all over the world to raise the visibility of this freshwater crisis with world leaders at the Convention on Biodiversity meeting and to amplify voices on the ground who are calling for stronger freshwater biodiversity protection targets, explicit freshwater goals, and adequate support mechanisms to save remaining freshwater ecosystems and species. We need leadership and strong action,” says Deborah Moore, Co-Chair of the International Rivers Board of Directors, and a former Commissioner on the World Commission on Dams.

“Innovative nature-based solutions already exist and if we give them the required support and priority needed for success, then we have a path forward for protecting our freshwater ecosystems,” says Julie Claussen, Director of Operations for the Fisheries Conservation Foundation and a lead co-author of the letter.

“Water unites all species that roam this planet.  Without it, we die.” says Maria Gunnoe, based in West Virginia, United States, is 2009 Goldman Environmental Prize Winner, and 2012 Wallenberg Medal Recipient for human rights work.

She is an expert on the community impact of mountaintop removal coal mining on the water, air, and the often-forgotten people of Appalachia. Her work has saved countless streams and the people who depend on those streams. Maria currently serves as Director of Mother Jones Community Foundation.

Leaders who signed the letter include: 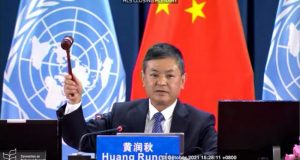 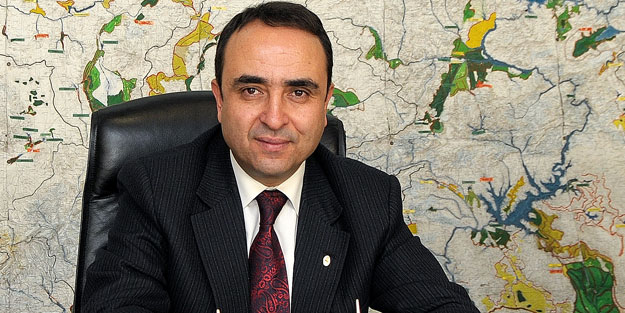