As the Bonn UN climate negotiations gradually comes to an end before talks close in the final intersessional before the Paris talks in December, negotiators were on Thursday making mixed progress on the key issues of the international agreement. 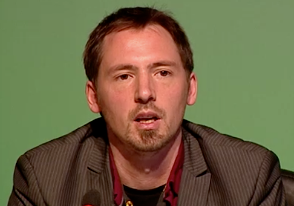 Some success has been reported in the spinoffs and informal meeting groups for mitigation and transparency, while issues like loss and damage and finance have proven much harder to solve before the text passes to the ministers. Countries from all ends of the political spectrum have been working to come up with compromises to bridge the gaps.

The G77 issued a statement to the press, stemming from deep frustration over the profound silence on the plan for post-2020 finance. The G77 highlighted the poverty and hardships still facing many of its members, and emphasized that developing countries need to be able to immediately begin addressing the impacts of climate change.

“With only a little over 24 hours left in the session, pressure on negotiators is increasing. And while progress across the issues is mixed, there’s good reason to be hopeful that countries will come up with a better, more ambitious and substantive draft Paris agreement by the end of the day on Friday,” says Sven Harmeling of CARE, a member of the Climate Action Network (CAN) International.

Harjeet Singh of ActionAid contends: “If your house goes up in flames, the first thing you do is put the fire out.  Developing countries are already fighting the fires of climate change and so are demanding strategies and money to deal with its impact. For rich nations who have the money, technology and skills, the devastation of climate change is not a pressing issue.

“The current climate talks are reflecting the contrasting order of priority of issues between developed and developing nations.  Rich nations need to recognise the crisis is here and now. The money to prepare for and deal with climate impacts must be at the centre of the climate deal in Paris.”

Louisa Casson of E3G submits: “As it becomes clearer that national action plans move us a considerable way forward but won’t be enough alone to uphold governments’ obligation to keep temperature rise well below 2˚C, momentum has been building for an ‘ambition mechanism’ to review and scale up our climate action to bridge the gap.

“In the past month alone, we’ve seen this idea endorsed by US President Barack Obama, the EU and Latin American countries – not to mention city mayors, business leaders and former world leaders. But to do its job this mechanism needs to review and require strengthening of national plans every five years, starting in 2018, and work with a broad scope on issues beyond just mitigation.”

Actionaid calls for implementation of gender policy in agricultural sector

The Climate Action Network (CAN) has called on global finance institutions and rich countries to ...