The on-going debate on biotechnology and genetically modified organisms (GMOs) has, in recent times, been given a new twist focused on the public posture of National Biosafety Agencies in both Ghana and Nigeria. The National Biosafety Management Agency (NBMA) of Nigeria and Ghana’s National Biosafety Authority (NBA) have been basically accused of reneging on their mandates to protect human health and the environment and disregarding due process in the application approval process. 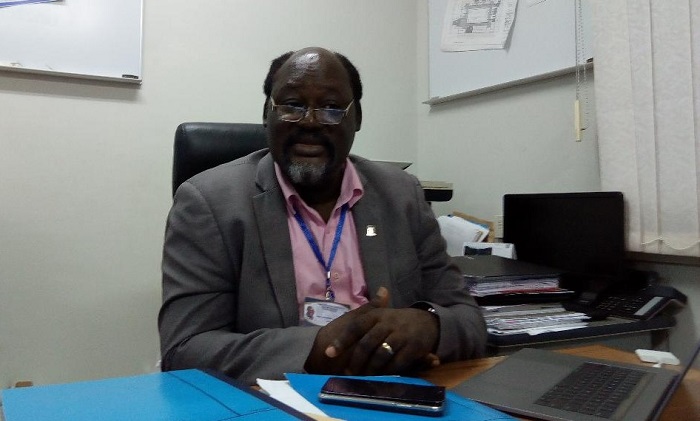 These accusations highlight the need to examine the nature of the mandates of Biosafety institutions and whether these mandates are in line with national aspirations for socio economic development. Some Ghanaian professionals from different backgrounds with expertise on or knowledge of biotechnology, shared their perspectives on the issue in separate interviews, and essentially agreed that the regulators are currently delivering their legal mandates, nationally and internationally.

The Director of University of Ghana’s Noguchi Memorial Institute for Medical Research, Prof. Kwabena Mante Bosompem, said, the setting up of biosafety regulatory systems forms part of the international requirements set forth in the UN Convention on Biological Diversity and the Cartegena Protocol for the safe transfer, application and use of GMOs.

“So, the role of biosafety regulatory agencies such as the NBA and NBMA, is to serve as an impartial regulatory platform to facilitate the safe selection of GMOs that are good,” he added.

According to Prof. Bosompem, “all nations recognize the potential of biotechnology and genetic engineering or modification as one of the scientific technologies to advance their economies, therefore nations have it as a policy that whichever GMO products are good, should be positively exploited to advance their socio-economic development.”

He continued: “The only way to determine a good GMO from a bad one is to have appropriate regulation and a body to administer it, which is what the NBA and NBMA are established to do.”

Prof. Bosompem explained that the selection of a good GMO is done through a thorough appraisal of applications by the Technical Advisory Board and competent regulatory institutions including the Food and Drugs Authority and the Ghana Standards Board. After which, approval is given for laboratory and field testing. He further explained that following initial approval for testing, a particular GMO trait or event is subjected to laboratory and field tests that are more rigorous and meticulous, than that of conventional crops.

Prof. Bosompem opinioned that shunning such scientific tools will only lead to underdevelopment. “Otherwise, then you close your doors and be left out of the development equation. You know the result of that will be poverty, starvation and death. That one is not a debatable issue. Eventually any nation who does not want to use technology to develop, will be left out and wither away. So for lack of knowledge our people perish.”

He admitted that people have the right to dislike the technology. “But trying to prevent its use in our countries, means they want to have their own way and this is not good for us…in this world it’s just not a matter of having your own. It’s a matter of allowing regulations and best practices to work,” Prof. Bosompem noted.

He explained that Biosafety agencies do not grant permits just for the sake of it nor are they interested in GMOs that will not positively benefit the country. So, a GMO crop that passes the laboratory tests, but fails during the field trial stage will not receive the final approval. “This is because you will not want to allow any GMO crops into the country that will take unnecessary resources from farmers without replenishing their income,” Prof. Bosompem stated.

He was certain that “requests that fall within the expectations of using GMOs to advance the nation’s socio-economic development will receive approval. For instance, the NBA will be very much interested in an application for a GMO that can be used to remove oil from the sea, the coastal shorelines and clean up the beaches, after an oil spillage.”

Prof. Bosompem stated: “Yes, the NBA will grant permit for such a GMO, as it is a scientific innovation that will fully work for the nation,”

A legal consultant, George Agyemang Sarpong, said the NBA’s main concern should be about ensuring safety in the biotechnology field.  “This is because ensuring the safety of biotechnology processes and products is part of the NBA’s legal mandate spelt out under the Biosafety Act, 2011 (Act 831).”

He pointed out that per the Act, the NBA is also supposed to educate the public and create awareness about its mandates and about the biosafety processes. Mr. Sarpong explained that in performing that assignment, the NBA also has to talk about what biotechnology is. “To educate the public, means giving the two sides of the coin, since biosafety processes have been introduced because of biotechnology.”

He added that the work of the NBA is guided by rules and procedures spelt out under the Act, “and if the NBA flouts them, then we have cause to worry.” Mr. Sarpong said biotechnology should be seen as providing the means to addressing in innovative ways, complex agricultural related problems such as the Fall Army Worm invasion that have so far defied all conventional methods of handling pests.

For his part, the Country Coordinator of the Programme for Biosafety Systems (PBS), Daniel Osei Fosu urged “countries and especially regulators in their awareness programmes, should highlight the laws and structures in place to safeguard the environment and humans.”

Ghana’s NBA and Nigeria’s NBMA have in recent times been bashed by some civil society for not living up to expectation. The Health of Mother earth Foundation (HOMEF) and the Alliance for Food Sovereignty in Africa (AFSA) accused the NBMA of not ensuring sufficient safeguards for the people and the environment. During a media training session on promoting biosafety in Nigeria, the two organisations said the NBMA approves nearly every application brought to it without due consideration of the impact of proposed activities or of the concerns raised by the public.

In Ghana, the Peasant Farmers Association of Ghana issued a statement expressing disappointment in the National Biosafety Authority over the handling of activities relating to GMOs in the country. The statement accused the NBA of relegating its mandate and desperately working to deceive Ghanaians into accepting GMOs.