Five distinguished individuals and a corporate body are to be awarded the 2014 Right Livelihood Honorary Award, which honours courageous and effective work for human rights, freedom of the press, civil liberties and combatting climate change. 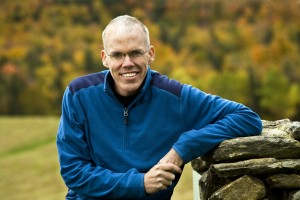 Author, educator, environmentalist and co-founder of 350.org, McKibben is being decorated“for mobilising growing popular support in the USA and around the world for strong action to counter the threat of global climate change”.

He says: “This is a great honor but clearly it belongs mostly to the people who make up 350.org – it’s them, but above all the hundreds of thousands of volunteers in 191 countries, who have built the first global grassroots movement to deal with the largest crisis civilization has ever faced.” He added that the prize money would fund the work of 350.org and its partner organisations. Some money would be sent immediately to the Pacific Island activists who will blockade Australian coal ports in their traditional canoes next month.

“This recognition of our efforts comes at a perfect moment after the remarkable success of the People’s Climate March and as we start the strongest push yet against the fossil fuel industry and the politicians it has purchased.”

Snowden, the computer professional who leaked classified information from the National Security Agency (NSA), impressed the jury “for his courage and skill in revealing the unprecedented extent of state surveillance violating basic democratic processes and constitutional rights”.

Snowden’s word: “Being named a recipient of the Right Livelihood Award for my work in revealing the global system of mass surveillance that is monitoring all of us in secret without the consent of the public is a vindication, I think, not just for myself but for everyone who came before me to raise awareness about these issues. Any contribution that I have made has been a result of the efforts of so many other people working in journalism, in activism, in human rights community, the civil liberties community, the technical communities, who recognised long before I did what was coming and why it was so important to stop it.

“Now, initially I thought I would be setting out to do this alone and that the attacks against me would isolate me, but I am surrounded by more people than I ever have been. People from countries around the world, who speak many different languages, but who recognise that the meaning of resisting the violations of our freedoms that we see today is not that we have something to hide, but that we have something to protect – our rights. Because the list of freedoms that any society enjoys is always equal to those that we are ready to defend. On behalf of so many around the world, who have risked their lives and their freedom to resist unlawful and disproportional mass surveillance, I would like to thank you.”

Journalist and the editor of The Guardian of London, Rusbridger, bagged the award “for building a global media organisation dedicated to responsible journalism in the public interest, undaunted by the challenges of exposing corporate and government malpractices”.

Rusbridger’s reaction: “I am honoured to receive the Right Livelihood Award for the journalism of the Guardian, for the kind of journalism that we represent: journalism in the public interest, open journalism that is available to all and journalism that is seeking to remold and reinterpret journalism for the 21st century. I am also delighted that Edward Snowden has won an award, because I think he was a whistleblower who took considerable risks with his own personal freedom in order to tell society about things that people needed to know. And I think the combination of Edward Snowden and The Guardian show the value of journalism, what it can do, and robust journalistic institutions and how they can tell stories and defend them.” 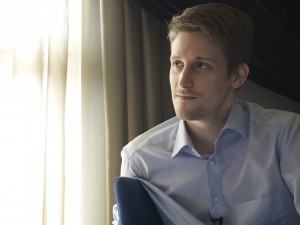 Leading Pakistani lawyer, human rights activist and advocate of the Supreme Court of Pakistan, Jahangir, becomes the first Pakistani to be so decorated. She is being honoured “for defending, protecting and promoting human rights in Pakistan and more widely, often in very difficult and complex situations and at great personal risk”.

She submits: “This Award is not just for me but also for several people in our country who do human rights work. It is an encouragement for the younger generation to follow in the footsteps of those activists who came before them, who fought against oppression and for human dignity. Pakistan has often been portrayed in a negative way, and I am aware of its weaknesses. But it also has a brighter side, and that is the story of those who have struggled against oppressive regimes, and stood up for women’s rights, and for children, under extremely difficult circumstances.”

Human rights defender, Fernando, along with the AHRC, bagged the Right Livelihood Award “for his tireless and outstanding work to support and document the implementation of human rights in Asia”.

In a reaction, Fernando calls for a change at policy levels in strategies of poverty alleviation. Missing from poverty alleviation discourse, usually “is the cost that the poor have to pay, as a result of the absence of protection. (…) This absence is the non-existence of a public justice system capable of protecting the poor from the onslaught of predators in society.”

Besides funding legal support for Snowden, the Foundation announces that Jahangir, Fernando and AHRC will share the cash award of Swedish Kroner 1.5 million.

Ole von Uexkull, Executive Director of the Right Livelihood Award Foundation, said: “This year’s Right Livelihood Laureates are stemming the tide of the most dangerous global trends. With this year’s Awards, we want to send a message of urgent warning that these trends – illegal mass surveillance of ordinary citizens, the violation of human and civil rights, violent manifestations of religious fundamentalism, and the decline of the planet’s life-supporting systems – are very much upon us already. If they are allowed to continue, and reinforce each other, they have the power to undermine the basis of civilised societies.

“But the Laureates also demonstrate that the choice is entirely in our hands: by courageous acts of civil disobedience in the public interest, through principled and undeterred journalism, by upholding the rule of law and documenting each violation of it, and by building social movements to resist the destruction of our natural environment, we can turn the tide and build our common future on the principles of freedom, justice, and respect for the Earth.”

Founded in 1980, the Right Livelihood Awards are presented annually in the Swedish Parliament and are often referred to as ‘Alternative Nobel Prizes’. They were introduced “to honour and support those offering practical and exemplary answers to the most urgent challenges facing us today”.

Jakob von Uexkull, a Swedish-German professional philatelist, sold his business to provide the original funding. Since then, the Awards have been financed by individual donors. This year, there were 120 proposals from 53 countries. Presently, there are 158 Right Livelihood Award Laureates from 65 countries.