Consultants preparing Nigeria’s First Biennial Update Report (BUR) to the United Nations Framework Convention on Climate Change (UNFCCC) have been asked to work more closely together in other to produce a quality report and meet the deadline for its submission. 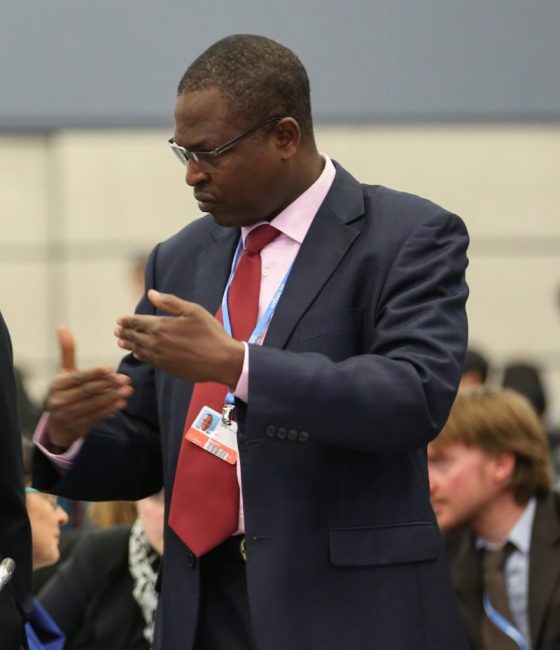 Dr Peter Tarfa, Director, Department of Climate Change in the Federal Ministry of Environment. Nigeria is in the process of developing its First Biennial Update Report (BUR)

At a daylong forum in Abuja on Friday, January 3, 2017 titled: “Stakeholders workshop on the progress so far made on development of Nigeria’s First Biennial Update Report (BUR)”, participants also suggested that the Department of Climate Change (DCC) of the Federal Ministry of Environment should appoint a consultant to harmonise the three reports being produced by the three consultants, as there may be points of disagreement along the line.

Participants further suggested that there should be more physical meetings involving the consultants – who appear to be based in different cities in the federation – to ensure synergy in the course of their endeavour.

The BUR is being prepared, taking into account the greenhouse gas (GHG) emission level of sectors of the economy, such as energy, oil and gas, transportation and agricultural sectors, among others. It is undertaken in order to improve transparency during the process of tracking mitigation progress of national GHG emission of countries who are parties to the Convention (UNFCCC), thereby reinforcing ambition at a global level and providing the information basis for planning and implementing mitigation action.

At the workshop, consultants presented respective progress made on the thematic area they are working on, even as stakeholders identified gaps and made comments and contributions towards enriching the document, taking into account data and information from respective organisation.

While the BUR project manager, James Okeuhie, did an overview as well as summary of progress on the country’s flagship BUR, Permanent Secretary in the Ministry of Environment, Dr Bukar Hassan, disclosed that the scope of the BUR covers information on natural circumstances, institutional arrangements, Greenhouse Gas Inventory Reports (NIR), information on mitigation actions and their effects – methodologies and assumptions, constraints and gaps, and related financial, technical capacity needs, information on the levels of support received for BURs preparation and submission, information on domestic measurement and reporting and verification.

“We are grateful for the selfless service and immeasurable support of our development partner, the United Nations Development Programme (UNDP), for their commitment towards the partnership, especially the preparation of this report,” he said.

Dr Jare Adejuwon, former head of the DCC, in a presentation titled: Essentials of Biennial Update Reports (BURs), traced the genesis of the BUR, saying that it was adopted in 2010 at COP16 in Cancun, Mexico for the purpose of enhancing reporting of mitigation actions, their effects and support received in the National Communication.

“In 2011 at COP17 in South-Africa, Non-Annex1 Parties under the UNFCCC adopted the guidelines for BUR and the submission of BURs every two years was decided. The COP decided that non-Annex I Parties, consistent with their capabilities and the level of support provided for reporting, should submit their first BUR by December 2014,” added Adejuwon, who is presently chief executive officer at the Abuja-based Digital Environmental Management System.

Prior to last week’s workshop, a meeting of the Local Project Appraisal Committee (LPAC) was held on April 9 2015, followed by a project initiation workshop on October 5, 2015. On August 18-19 2016, a Technical Inception Workshop was held to bring together the inter-ministerial committee, NGOs, academia, state representatives and the selected consultants for the BUR thematic sectors.