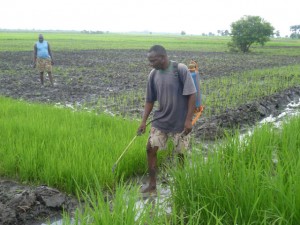 On the table for consideration as part of the project analysis is the establishment of weather stations and satellites to predict weather patterns and information centre to support on-going agricultural and energy components of the adaptation initiative, being driven by United Nations Industrial Development Organisation (UNIDO) under the AAP with support from the trio of the Federal Government, Benue State Government and the Food and Agriculture Organisation of the United Nations (FAO).

Under the equity participation arrangement, the Federal Government of Nigeria through the Ministry of Power and Steel is committing over N400 million for the engineering works of the hydro-power component, Benue State Government is contributing a N105 million flood control measure at the bank of the River Benue, while UNIDO is procuring and installing 1.2 megawatts of electrical turbine valued at $1.2 million.

Other projects under consideration include production of organic fertilizer and energy from the agricultural and domestic waste, installation of solar powered irrigation to ensure year-round farming, exploration of economics of adaptation (especially micro-financing and weather index insurance), conducting a thorough climate analyses, setting up agro-met station and marketing the final product.

Specifically, the UNIDO-led component comprises a pilot scheme promoting adaptation to climate change by developing more adaptive farming practices, through agricultural interventions to increase production and reduce post-harvest losses. The intervention also entails processing agricultural products in Agatu Local Government Area of Benue State and the development of a small hydropower (SHP) plant to promote adaptation by addressing the climate change-linked flooding problem by harnessing the Ochokwu River and to generate electricity for about 10 communities in Apa Local Government, all in Benue State.

In recent times, this river has overflowed its bank causing flooding, with attendant problems including crop destruction and damage to properties. This increased incidence of flooding has been linked to the increased variability of rainfall as a result of climate change. The final phase which entails the installation of the equipment is expected next month.

The adaptive farming practice entails analysing traditional methods of land preparation, agricultural production, harvesting and in-field post-harvest operations in cultivation of climate-resilient crops and identify conservation agriculture technologies (CAT) that can be introduced to enhance efficiency of the above operations and minimise losses; with a focus on best practices based on current climate variability and climate change projections for the area.

Consequently, UNIDO commissioned the FAO to carry out a pilot scheme on rice harvesting, threshing and storage under the aegis of Small Holders Rice Project (SHRP). The farmers who belonged to the Ehowodu Cooperative Society, Obagaji are drawn from five project sites of Obagaji, Adagbo, Okokolo, Okpanchenyi and Oweto all in Agatu Local Government Areas of Benue State. The project was approved in November 2010 while activities commenced in February 2011.

Already, 360 local rice farmers have been trained on global best practices in rice production, including types of herbicides, insecticides, fertilizers, application rates and methods so as to increase their yields thereby ensuring national food security.

A community leader and champion of the agricultural initiative is Solomon Agidani, a former member of the Federal House of Representative. He championed the establishment of both the agricultural and electric components of the AAP project in Agatu and Apa Local Government Areas of Benue State.

Agidani, who provided accommodation at Obagaji to the two Chinese expatriates seconded to the project by FAO, gave further insight into the genesis of the projects, especially the hydro-power component during an audience with the chairman of Apa Local Government, Joy Agi.

Dr. Agi, a believer in agriculture enterprise, is highly expectant of the early completion of the hydropower project as she believes it will transform the economy of the agrarian communities of her Apa Local Government Areas.

The ranks of local farmers buying into the project is swelling by the day as an additional 20 farmers recently joined the Cooperative Society, taking the tally to 380 farmers, with a division of 20 farmers each in a 19 beneficiary groups.

Work is at an advance stage for the installation of the $500,000 integrated rice mill equipment delivered last week as experts are working round the clock at the construction site in Obagaji, the headquarters of Agatu Local Government Area of Benue State; even as the project is receiving endorsement at high levels of government and development partners.

For instance, Dr Joseph Intsiful, from the Regional Office of AAP in Dakar, Senegal, expressed satisfaction at the level of the enthusiasm and communal involvement in the scheme. He was particularly happy at the composition and ownership of the cooperative society. Of the 380 members of the association, 170 are women. Also, majority of the 19 groups to which the cooperative is divided are led by women.

Women form the majority among the farming population in Nigeria, yet they have limited access to land, agricultural technologies, extension services, markets and credit. For many, lack of secure access to land constrains what kind of crops they can grow and incentives to move into high value crops. Yet evidence has clearly shown that raising the productivity and incomes of women improves household welfare, especially nutrition, health and education.

The farmers, while assuring total commitment to best practices obtainable presented litany of request which include tools for irrigation to allow farmers to double crop, reduce yield instability and diversify into high value crops, such as horticulture, tractors, credit facilities, fertilizers, herbicides and pesticides, among others.

Responding, Oladipo Osibo of the Energy and Environment Unit of the United Nations Development (UNDP), expressed satisfaction at the level of progress made especially in the agriculture component and assured the farmers of brighter days ahead.

Essentially, the local farmers want income opportunities to first ensure that they get out of poverty traps and move to an income growth pathway that keeps them out of poverty.

Asked about the required help in the area of weather forecast and reliable predictions, Agidani said: “Well, the point here is that certainly, weather forecast is a very strong point in planning farming activities because here occasionally, we run into crisis and we are beginning to ask the farmers to begin to get information on agric insurance because of the lack of such information that you have enunciated, you have farmers farming at the wrong time and floods takes everything. And they lose all of the harvest. So we want them to key into the national agriculture insurance scheme so that when things like that happened. But certainly, they are more avoidable when such information is available.”

Previous: CDM: How Nigeria can rake in N86b yearly
Next: Why more Nigerians are climbing down the energy ladder 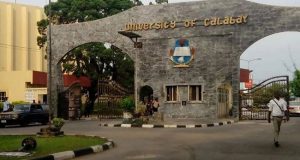 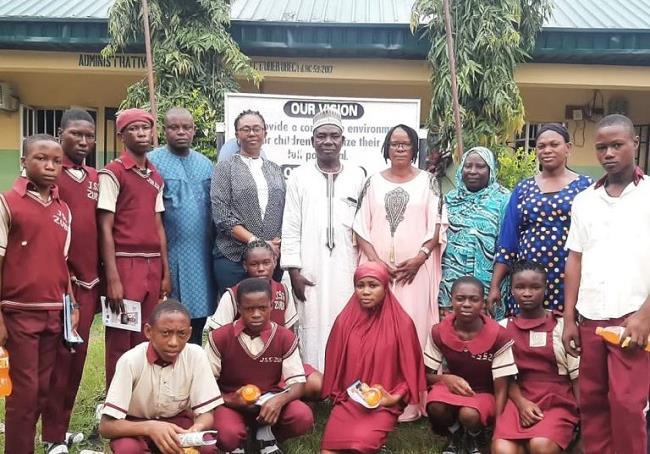