Officials meeting in Belize’s largest city, Belize City, have unveiled an updated masterplan for Belmopan, the country’s capital, based on good urban practice and design that will shape development of the city over the coming years. 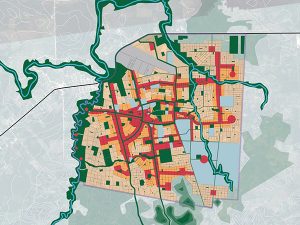 The launch was done recently by the United Nations Human Settlements Programme (UN-Habitat) at the Seventh Caribbean Urban Forum 2017 (CUF7), which was designed to serve as the prime event in the region to discuss and advance sustainable urban development and urban policy. It brought together experts, practitioners, academics and national and local government delegates interested in urban development within the Caribbean context.

In the context of important regional discussions, the new urban development strategy is the result of an 18-month process facilitated with the Belmopan City Council: “Belmopan Urban Development: Towards a sustainable garden city”. Further events involving UN-Habitat will focus on Climate Action in the Caribbean, Public Space and capacity development of the region’s practitioners and planners.

A masterplan for the capital

Belmopan, the capital city of Belize, is currently facing important urban challenges. Planning for its future development is key to the city’s ability to grow in a sustainable forward oriented manner addressing, according to local officials.

The Urban Planning and Design Lab and the Cities and Climate Change Initiative (CCCI), together with Belmopan’s City Council, have been working on guidelines for the sustainable development of the city. The new plan, it was gathered, is an example of how a master plan based on a blue-green network can become the catalytic strategy towards a more resilient, economically vibrant, low-carbon and socially active city.

The plan aims to protect the ecological and hydrological values of the urban landscape, providing resilient measures to address climate change and improving quality of life. It improves connectivity within the city’s system of public spaces and the proposed development corridors of mixed-use development.

A paper on the Blue-Green network approach for the Caribbean Urban Forum 2017 has been developed and can be found here.

The Belmopan project exemplifies the potential of the Caribbean Region to further integrate green infrastructure into the built environment and the surrounding natural systems to address multiple challenges of sustainable development and climate change.

A video documenting the project and development of the plan has also been produced, entitled: “Belmopan’s Sustainable Urbanisation”. 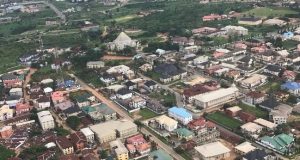 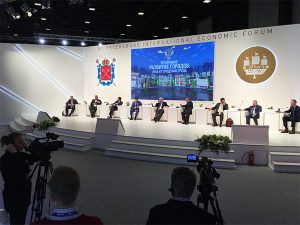 A two-day international conference recently held in the Russian city of Saint Petersburg highlighted the ...