Banning smoking in public in Lagos 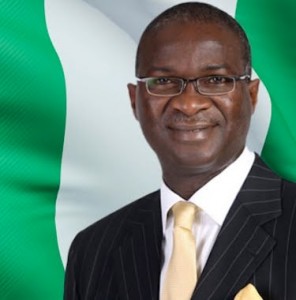 Governor Babatunde Fashola of Lagos State last week signed a bill banning smoking in public places in the state into law. By implication, nobody can smoke in public places anymore as offenders would be made to pay fine or go to jail.

The House of Assembly had recently passed a bill banning smoking in public places and placed fine of N10,000, three months imprisonment or both for first offenders.

The bill for a law to prohibit smoking in designated places and vehicles, which was sponsored by Gbolahan Yishawu, the lawmaker representing Eti-Osa Constituency 2 at the House, had lingered since last year.

Section 12 of the 16-section law that was passed to Fashola for assent also instructs owners of public places to place signs with the inscription: “No Smoking” or symbols as part of enlightenment for smokers and would-be violators of the law.

Section 4 of the law says that it shall be the duty of those who own or occupy public places to ensure that approved signs are displayed conspicuously at each entrance and in prominent locations throughout the premises to inform smokers about the prohibition.

In such public places, the owners are mandated by the law to create areas where people could smoke but that it should not be close to the vicinity.

Any person who repeatedly violates the provisions of the law shall, on conviction, be liable to a fine of N50,000 or six months imprisonment or both.

For non-compliance by owners of public places, the law states that such offenders shall be fined N100,000 or six months imprisonment or other non-custodial punishment that the judge may deem fit.

The law further states that any person who smokes in the presence of a child commits an offence and shall be liable on conviction to a fine of N15,000 or one month imprisonment term.

Where the offence of refusal to place the sign or symbol is committed by a corporate body, the director, manager, company secretary or any person concerned in the management of the affairs of the corporate body would be liable. In this case, he would be fined the sum of N250,000 upon conviction.

The law states that it is an offence to obstruct duly authorised officers from carrying out their duties under the provision of this law. It also gives authorised commissioners of the state the opportunity to designate more places as non-smoking areas for the sake of effective implementation of the law.

The law gives the state Environmental Protection Agency the powers to implement it while giving aggrieved residents who have complaints against officials of the state saddled with implementing it the opportunity to report to the state Ministry of the Environment.

The Environmental Rights Action/Friends of the Earth Nigeria (ERA/FoEN) and Civil Society Legislative Advocacy Center (CISLAC) have described the action as a “timely vote for public health” which should be emulated by the National Assembly that is yet to pass the National Tobacco Control Bill into law.

The ERA/FoEN and CISLAC said the development is welcome and urged lawmakers at the National Assembly to put aside party differences and personal ambitions.

“We salute the courage of Governor Fashola for shunning the rapprochement of British American Tobacco Nigeria (BATN) which was clearly targeted at thwarting this life-saving bill when the company’s top echelon visited his office last year. The governor has through the signing of this bill sided with the people over and above deadly investments,” said ERA/FoEN’s Director, Corporate Accountability & Administration, Akinbode Oluwafemi.

Oluwafemi explained: “The Lagos State Government must not go to bed now. It must be alert and refuse to be hoodwinked by BATN media hoax about supporting the bill. The tobacco industry is known to double speak on matters if regulation and quick to set in motion groups that counter sound logic behind regulation of its deadly products.”

Executive Director of CISLAC, Auwal Rafsanjani, commended the expedited action on the bill by the governor, saying that Lagos has again shown it blazes the trail in delivering good governance without prevarication.

“Of particular note is the fact that it took the governor less than a month to sign this pro-people bill into law. It is disheartening that we cannot say same for the tobacco control bill at the National Assembly which has suffered bureaucratic setbacks instigated by tobacco industry misinformation which puts profits before health.”

Rafsanjani urged the National Assembly to follow the example of Lagos by accelerating work on the National Tobacco Control Bill (NTCB) which, he said, would save Nigerians from further trauma inflicted on health and the national economy by products marketed by BATN and other tobacco companies.

The World Alliance for Mercury-Free Dentistry, in collaboration with...

The Lassa fever cases in Nigeria have jumped to...

For the second time in two years, the World...