Justice Festus Ntong of Akwa-Ibom State High Court sitting in Ikot Ekpene has declined an application to stop the Independent Corrupt Practices and Other Related Offences Commission (ICPC) or any other federal anti-corruption agency from investigating allegations of corruption involving the finances of the Government of Akwa Ibom State.

The Akwa Ibom State Attorney General (AG), Mr. Uwemedimo Thomas Nwoko, had filed a suit before Justice Ntong, seeking the court to restrain ICPC or any other federal anti-corruption agency from investigating the government of the state for alleged corrupt practices without prior authorisation by the Akwa Ibom State House of Assembly.

He therefore joined the Speaker of the Akwa Ibom State House of Assembly and the Akwa Ibom State Government as respondents in the matter because, in his opinion, they were not exercising their power and rights to prevent a federal agency from encroaching on their jurisdiction. Others joined as respondents in the suit included the Inspector General of Police, Economic and Financial Crimes Commission (EFCC) and some banks.

Upon a preliminary objection filed by ICPC disputing the competence of the court to entertain any claim against the Federal Government or any of its agencies, the trial court ruled that the State High Court lacked jurisdiction to entertain such a claim and therefore struck out the case.

It may be recalled that in a similar case brought before the Federal High Court, Port Harcourt by all the 23 Local Government Councils of Rivers State in suit number FHC/PH/CS/432/2010, Hon Justice Tijani Abubakar by a ruling dated 31 May, 2012 dismissed the plaintiff’s claim and held that the issue of the constitutional authority of ICPC to investigate any person or authority in Nigeria for alleged corrupt practices had been decided with finality by the Supreme Court of Nigeria in the case of Attorney General of Ondo State vs Attorney General of the Federation (2002). 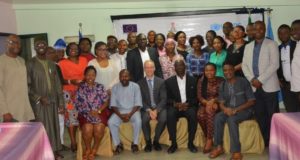 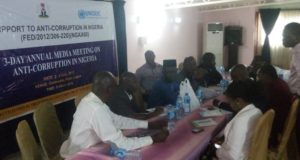 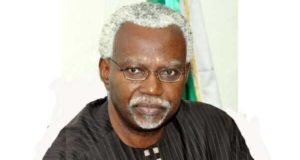 The Nigeria Extractive Industries Transparency  Initiative (NEITI) has said that it will partner with the ...