An international body of planning and built environment experts has urged African governments and development agencies to accept the realities of existing urban conditions, and take strides to manage and enable poor urban populations to find their dignity and security of livelihood.

This, according to the group, can be achieved through urban governance strategies that rest upon engagement, respect for all human life, and a long-term incremental view of urban development. 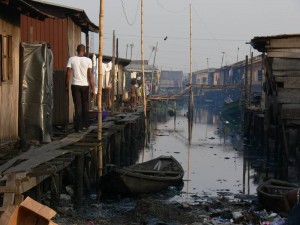 The plea formed the fulcrum of the outcome of deliberations held recently in Lagos, Nigeria by the Association of African Planning Schools (AAPS), a network of universities in mostly Anglophone Africa that teach urban planning. It comprises 45 planning schools in 15 countries.

The University of Lagos in Akoka last December hosted the AAPS forum that examined the relationship between informality, infrastructure and spatial planning in the bustling city, in respect of which participants visited Makoko, a notorious slum settlement on the Mainland. The academics observed that the neighbourhood is in dire need of attention, particularly incremental interventions where essential services are provided in partnership with community structures.

Makoko, the planners submitted, is symbolic of the extreme conditions facing the urban poor, and the innovation they employ to survive in the city. They emphasised that it is the task of governments, as well as theirs, to facilitate this innovation.

“This is a testing time for governments in Africa, and it is our responses as officials, representatives and servants of the public interest that will determine the esteem with which we are held by future generations. This great continent demands an effective and creative response from its leaders,” stated Professor Vanessa Watson and Professor Babatunde Agbola, respectively the AAPS chair and vice-chair, in a communiqué.

Watson (who is of the University of Cape Town in South Africa) and Agbola (University of Ibadan) stressed that the African continent is currently undergoing a wide-reaching urban transformation which, according to them, manifests in massive urban population growth, mediated by patterns of circular migration between cities and rural areas.

They remarked that rapid urbanisation in contexts of infrastructure limitations and shrinking formal economies have driven the emergence of an extensive and vibrant informal sector in many African cities. Evidence from all over the global South has shown that informal processes relating to land and property transactions, subdivision and housing, economic activity, and all manner of social relations (including between states and citizens) are proceeding at an increasing rate, the eggheads noted.

“Many African governments have devoted considerable effort and resources to dealing with these complex phenomena, despite severe constraints relating to institutional governance structures and the availability of finance. Important strides have been made to improving the lives of the urban poor.”

Watson and Agbola explained further that, despite these efforts, many governments demonstrate a persistent tendency to view slums and informal settlements, not as the products of social adaptability in the face of formal employment shortages and infrastructural limitations, but as blighted problems to be eradicated through forcible eviction and demolition.

They contended that the clearance of slums is often motivated through the entirely inaccurate view that such places foster an unusual degree of base moral depravity, engendering a profound disrespect for human life and dignity amongst inhabitants.

The planners drew a linkage between the aesthetic condition of built environments and the moral conscience of citizens, citing the case of the recent and devastating state interventions associated with Operation Murambatsvina (literally meaning ‘one who rejects filth’) in Zimbabwe, which they noted demonstrates governments, planners and security institutions’ desire to rid urban areas of informal activities.

“As an international association of African planning academics and educators, we hold the position that slums and informal settlements are the outcome of rational human innovation and ingenuity, albeit guided by desperation and survivalism. These are people making ordinary decisions to protect themselves and provide for their families, not depraved blights on the face of our cities,” the communiqué reads.

The planning teachers believe that, internationally, there is evidence of a paradigm shift in urban policy discourse which, they claim, realises that informality is an undeniable reality of 21st century urbanisation, not reversible or “solvable” through forceful means of relocation.

A number of international planning and development bodies, including UN-Habitat and the World Bank, have highlighted alternative approaches to managing informality, they disclosed, pointing out that these strategies rest upon encouraging community participation and ownership of incremental upgrading programmes.

Watson and Agbola went on: “They see urban improvement as being a protracted process of sustained community engagement. They draw upon and consolidate the innovation, social capital and ingenuity already being shown by local communities. International networks of community-based organisations such as Slum/Shack Dwellers International (SDI) encourage local communities to organise themselves around financial savings schemes, and use self-‐enumeration (self-conducted censuses) to develop social capital and shared developmental goals amongst members.

“They seek to engage in partnerships with government agencies, and encourage local residents to take a proactive stance in urban upgrading. These state-community partnership approaches focus on ensuring that informal settlers have some degree of land tenure security. By guaranteeing communities the right to use the land they occupy for certain periods of time, they are encouraged to invest in their immediate built environment, to take pride in their places of habitation and livelihood. Adopting such approaches is not only advantageous to local communities, but to governments as well.

“They can assist with the meeting of Millennium Development Goal (MDG) targets, and the fulfilment of international agreements such as the United Nations Convention on Human Rights. They further allow local and national state entities to avoid the severe political, economic and social costs associated with clearance programmes.

“In a world of instant communication, the loss of political capital associated with such interventions can have significant ramifications for international investment and tourism. On the contrary, humane and considered interventions in urban environments may become sources of revenue through tourism, improved international image and stimulated local economic development.”

The African Centre for Cities at the University of Cape Town hosts the AAPS Secretariat. The body has, since 2008, received funding from the Rockefeller Foundation to promote curricular reform in Africa. The AAPS’ ideological starting point is that, in order for urban planning to be relevant and effective, it must depart from its colonial origins and promote pro-poor and inclusive intervention in cities. The organisation is of the view that planning is a political process that should be about enabling the urban poor in Africa to pursue decent livelihoods in the city. 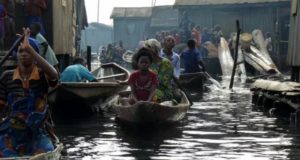 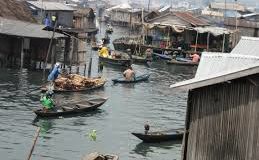 In the course of my career as a development journalist, I have come to know ...