The African Development Bank (AfDB) is championing a new regional and global effort to transform the African Savannah from a “Sleeping Giant” to the cradle of the continent’s green revolution. 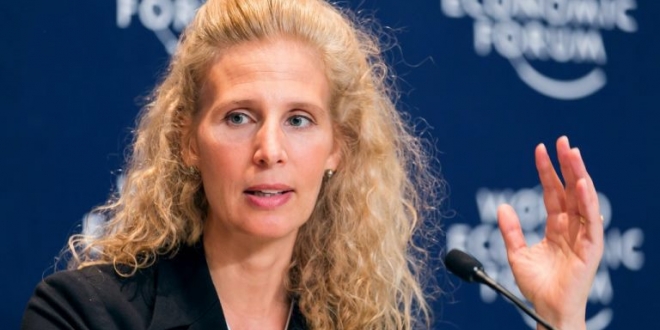 “This sleeping giant needs to wake up,” the bank’s Vice-President for Agriculture, Human and Social Development, Jennifer Blanke, told an audience at a 2018 World Food Prize side event in Des Moines, Iowa recently.

Blanke described Africa’s nearly 400 million hectares of Savannah zones as “the world’s largest agricultural frontier,” and if a small fraction of that cultivatable land – some 16 million hectares – is transformed, it could well set Africa up to decrease dependence on food imports, feed itself and contribute to feeding the world.

Africa is said to be host to 60% of the world’s uncultivated arable land, but currently spends an estimated $35 billion per year on importing food. The figure is projected to shoot up to $110 billion by 2025.

Africa is thus presumably reportedly exporting jobs outside the continent and contributing to its own poverty challenges.

The AfDB has determined that the African Savannah can support the production of maize, soybean, and livestock, and transform the continent into a net exporter of these commodities. Only 10 percent of the African Savannah is under cultivation – better utilised, small sections of Africa’s grasslands could provide direct jobs for tens of millions of young people and indirect jobs for many more.

Blanke, who spoke on behalf of AfDB president, Akinwumi Adesina, noted that all of Africa’s Savannah is more than twice as large as Brazil’s “Cerrados” that launched that country’s farming economy success. She said transforming a small part of Africa’s mixed woodland grasslands, in a smart and sustainable way, can produce enough to supply all the continent’s maize, soybean, and livestock requirements.

The bank’s Technologies for African Agricultural Transformation for the Savannahs (TAAT-S) initiative seeks to transform 16 million hectares (ha) out of Africa’s 400 million ha of Savannah into an agribusiness hive to produce maize, soybean, and livestock. That is just about four percent of the continent’s mixed woodland and grassland areas. It is said that if African countries can harness the available technologies with the right policies, they will rapidly raise agricultural productivity and incomes for farmers, as well as assure lower food prices for consumers.

To ensure effective implementation, the Bank has looked to Brazil’s agri-business success story to engage with organizations with proven track record in tropical and conservation agriculture. These include the Brazilian Research Corporation and the Agricultural Corporation of Brazil, the Argentine Association of Zero-tillage, and the Argentine Agricultural Research Institute – all part of a systematic effort at technology introduction and adaptation.

TAAT-S was launched in October 2017 in Ghana and has since been operating in Zambia, Guinea and Gabon. The bank expects to launch TAAT-S in Uganda, Kenya, Democratic Republic of Congo, Central African Republic, and Mozambique next year.

The TAAT-S session was part of Borlaug Dialogue International Symposium, held in conjunction with the World Food Prize Laureate Ceremony. The $250,000 World Food Prize recognises accomplishments of individuals who have advanced human development by improving the quality, quantity, or availability of food in the world. Adesina is the 2017 World Food Prize laureate.