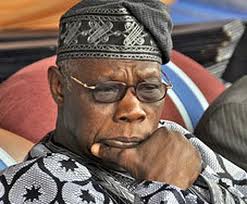 Adamawa Acting Gov. Ahmadu Fintiri on Tuesday commended officers and men of the Nigerian Army for their effort in containing insurgency in the state.

Fintiri lauded armed forces when he visited Lt. Col. Adeboye Obasanjo, who was recuperating from injuries at the Federal Medical Centre, Yola.

Obasanjo sustained injuries in a battle to repel insurgents in Bazza town of Michika Local Government Area of the state.

Fintiri was received at the hospital by the Chief Medical Director, Dr Aliyu Danburam, who said younger Obasanjo was recuperating and in stable condition.

Meanwhile, transport fare has sky rocketed following mass movement of people from the northern part of the state to other parts as a result of threats from the insurgents.

Our correspondent reports that transport fare from Mubi to Yola has risen by 400 per cent.

Like Loading...
2014-09-09
admin
Previous: World leaders call for liberalisation of global drug policies
Next: WHO: Ebola has killed 2,296 persons in West Africa