May 8, 2016 Comments Off on Activists prepare for Nigeria anti-fossil fuel campaign 1,975 Views

Between the 4th and 15th of May 2016, thousands of climate activists around the world will embark on series of coordinated actions targeted at calling global attention to the need to wean the world from its dependence on fossil fuels. 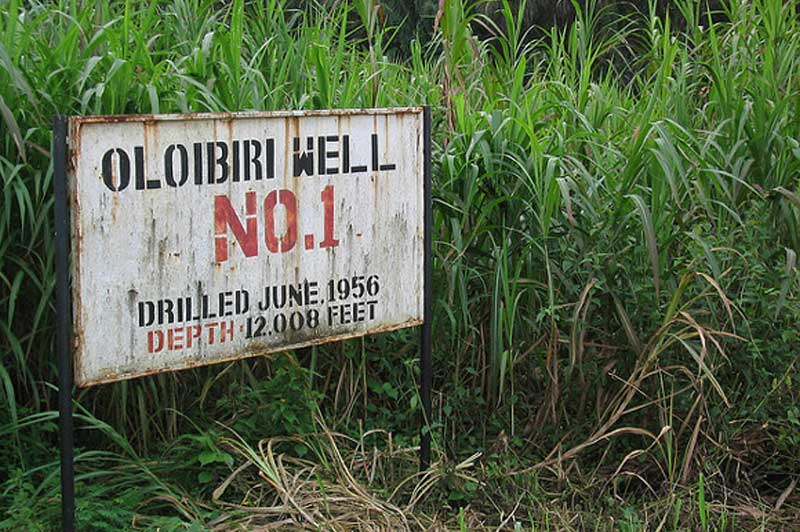 In Nigeria, the Break Free from Fossil Fuels campaign will kick off on the 10th of May at Oloibiri, the site of the country’s first oil well

In December 2015, an unprecedented number of world leaders gathered in Paris in what could be the last opportunity to craft an earth-wide response to the dilemma of climate change. There, key world leaders duly affirmed that the only way to save our globe from an obvious incineration would be to drastically cut the level of greenhouse emissions – from the current path of 4 degrees Celsius to a more manageable 2 degrees Celsius and below.

But, according to some civil society groups, they failed to make any strong commitments in relation to the specifics of what needs to be done to achieve the target. Indeed, the deal which came out of Paris, say the activists, merely recognises all the problems associated with greenhouse emissions, recognises all that needs to be done, but fails to spell the appropriate steps to be taken in order to address them.

They attribute this development to the fact that the big national and multinational companies who control the global fossil fuel industry also have strong stakes and influence in global politics. Reducing greenhouse emissions means drastically reducing the level of extraction which results in reduced revenues, the groups stress.

“So weak and fearful of corporate power was the entire Paris climate deal that it only spoke about the need to reduce greenhouse emissions in abstract, without mentioning the need to cut the extraction of fossils which is what eventually leads to emissions. The truth is that when fossils are extracted, one way or the other, sooner or later, it gets burnt. Rather than speak of reducing emissions, the Paris deal might have done better if it concentrated on reducing extraction of fossils,” disclosed the Break Free from Fossil Fuel Movement in a statement issued on Sunday.

The Break Free from Fossil Fuel Movement is represented in Nigeria by the Health of Mother Earth Foundation (HOMEF), Social Action and Ogoni Solidarity Forum.

Elaborating further on this reality, Surveyor Efik, National Coordinator of Climate Change Network Nigeria and member of the Climate Action Network International, says, “The global commitment to drastically reduce emissions and attaining the sustainable Development Goals (SDGs) by 2030, may be a wild goose chase if the world does not protect the climate through 100% clean energy provision and completely break free from dangerous fossil fuel-driven energy dependence. The Nigerian government should not just sign an agreement to combat climate change but also take decisive action to break free from activities of greenhouse emissions that destroy our climate, our planet earth and our humanity.”

According to the key organiser of the Break Free movement and Director of HOMEF, Nnimmo Bassey, “The time has come to make fossil fuels history and give our environment and peoples a chance to recover from decades of unrelenting oil pollution. By our actions we are standing in solidarity with communities in the oilfields of the Niger Delta, and other impacted communities around the world, demanding that our appetite for dirty energy must not be allowed to destroy the planet and future generations.”

He adds that the realities are dire in Nigeria.

His words: “After several decades of non-stop oil extraction, it is arguable that Nigeria is worse-off compared to other less endowed countries. On all key global development indicators, Nigeria fares badly. It tilts on the periphery of a failed state according to reports; it has one of the lowest electricity access in the world despite its huge crude and gas deposits, failing infrastructures, failing healthcare, failing educational systems, etc. It begs the question to ask, what has been the benefit of Nigeria’s fossil fuels?

“In the Niger Delta where the extraction of oil and gas takes place, the situation is alarming. The constant flaring of gas and regular oil spills have rendered the region an ecological disaster zone. Several known and unknown illnesses, a depressingly low life expectancy rate, loss of agricultural livelihood sources, regular conflicts and unprecedented poverty are all the bequests of extraction.”

Celestine Akpobari of the Ogoni Solidarity Forum submits: “If there are still people who doubts the devastating effect of the fossil fuel business on the environment, citizens’ livelihoods, well-being and their very life, the terrible experience of Ogoni, tells it all. If the Ogoni people had a second chance, they will choose their environment over crude oil.  They will prefer to keep their sons and daughters including Ken Saro Wiwa and thousands of others who became victims of this deadly business. Breaking free from fossil fuel will save the world from having another Ogoni.”

In Nigeria, the Break Free from Fossil Fuels campaign will kick off on the 10th of May at Oloibiri, the site of the country’s first oil well. The abandoned oil wells in Oloibiri, Bassey discloses, tell the story of what becomes of communities (or countries) when their oil wells run dry.

He adds: “On the 12th of May, the campaign will move to Bori in Ogoni, another sad tale of the devastation, internal crises, wanton pollution and poverty which oil extraction brings.

“On the 14th of May, the campaign will arrive at Ibeno in Akwa Ibom State, where Exxon operates an offshore oil field from where it compromises community livelihood through regular pollution. In each of the locations, there will be mass actions by climate activists and communities demanding an end to the extraction of fossil fuels.”

Ken Henshaw of Social Action and member of Nigeria organising team of the Break Free campaign, contends: “This global campaign is the type of citizens’ led shock therapy that is needed to make the world realise that our dependence on fossils is destroying our only habitable world. Fossil fuels may seem attractive and something we cannot do without, but so did stone seem just before mankind moved away from the Stone Age; so did typewriters before we moved over to computers. A global dependence on fossil fuel is simply no longer sustainable, especially in the face of increasing threats to global existence on the one hand, and the availability of viable, safer and more sustainable alternatives.”