Civil Society Organisations (CSOs), who recently took a look at the current National Biosafety Agency (Establishment) Bill of 2010, have warned that the Nigerian government did not take into account the concerns of local farmers, non-governmental organisations (NGOs) and critical stakeholders in its formulation. The bill is presently awaiting the President’s consent.

At a forum held recently in Benin City, the Edo State capital, courtesy of the Environmental Rights Action/Friends of the Earth Nigeria (ERA/FoEN), participants observed that, if passed in its present state, the bill would be an open door for manipulation by multinational corporations and gene giants promoting genetically modified organisms (GMOs), acting in alliance with some research institutes.

“We do not need to endanger our environment and crop varieties on the altar of GMOs. We do not want GM cassava or GM rice purported to be fortified with Vitamins, we can get high amounts of Vitamin A from just eating carrots,” submitted the participants at the end of the daylong event.

According to them, the much-touted benefits of GMOs, upon critical analysis, are found to be myths.

“In 2008, over 400 scientists, 30 governments from developed and developing countries and 30 civil society organisations, concluded work under the International Assessment of Agricultural Science and Technology for Development (IAASTD). The report observed that modern biotechnology would have very limited contribution to the feeding of the world in the foreseeable future,” the communiqué noted.

It added: “Promoters of GMO and their allies have deliberately ignored the importance and the peculiarities of the African and indeed Nigerian culture, environment and agriculture in their aggressive attempts to impose their products in Nigeria and Africa. Rather than African governments getting committed to promotion of agro-ecological agriculture practices, they have become tied to the apron-strings of speculators and neo-colonial powers whose objective is to exploit, subjugate and destroy food production systems in the continent.

“Contrary to the arguments peddled by modern biotechnology industry, there are few or no tangible success stories on GMOs and Nigeria must not be used as ground for experiments for unverified technologies. Genetically engineered crops are being resisted and rejected in many countries in Europe as well as Africa and it is not correct to paint a picture of major strides being made by the proponents.”

Participants therefore urged government not to assent to the National Biosafety Bill in its current form in order to give opportunity for citizens and stakeholders’ input in line with the provisions of the Cartagena Protocol  which Nigeria is signatory to.

“We urge the President not to give assent to the bill until it is further improved, because after three readings in the National Assembly, it is still defective in many aspects.”

They listed its flaws of include the fact that it: does not mention the issue of liability and redress; omits an important step in the development of GM crops from regulation; does not contain meaningful provisions ensuring effective public participation; does not take into account the precautionary principle; contains inconsistent language to an extent not acceptable; has no provision on co-existence; and, deliberately omits provision on labeling.

The activists urged government to put in place mechanism to monitor commercial importation of food to ensure that they are not contaminated by GMOs, even as they underlined the need for Nigeria to have a strict Biosafety law that adequately protects the nation’s food health and environment. 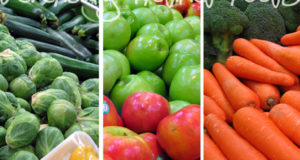 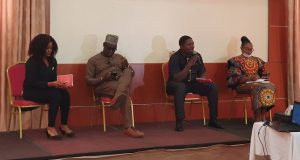 Farmers in Tudun Wada in Kano State have expressed joy at the release of the ...