28 days ago Comments Off on Activists call out govts, financiers, fossil fuel companies over continued involvement in fossil fuels 391 Views

As the UN climate talks continue in Glasgow, energy stakeholders in Africa are congregating in Cape Town, South Africa, for the Africa Energy Week which runs until Friday, November 12, 2021.

On Wednesday, November 10, the event was met with protests by climate activists in Cape Town, who called out African governments and fossil fuel companies for their continued support to and development of fossil fuel projects, which wreak havoc on communities and ecosystems across Africa, not to mention the harsh climate impacts they occasion.

The activists called for a shift away from fossil fuels and a gradual transition to renewable energy and green economies, a move that is key to keeping global heating below 1.5 degrees and limiting climate change.

Charity Migwi of 350Africa.org said: “At a time when the world’s leaders and other stakeholders are deliberating on solutions to the climate crisis, Africa energy stakeholders should be charting the way forward to a fossil-free, sustainable clean energy future. Instead, they continue to support the development of fossil fuels and are working with fossil fuel companies to implement more of these harmful projects. Africans do not want to be locked into a dirty energy future, when renewable energy potential is perfectly abundant in our continent.

EACOP Coordinator, Omar Elmawi, said: “Companies such as Total and Standard bank that are involved in the East African Crude Oil Pipeline have chosen to place their interests above those of the local communities. EACOP is ill-advised as it is expected to affect over 100,000 people in Uganda and Tanzania, with many unable to use their land, which is their main source of livelihood. The heating of oil would also release an estimated 34.3 million tons of carbon dioxide into the atmosphere, a year.

“It is not time to sit and plot how to gain at the expense of the communities and the planet. As parties meet in Glasgow to chart a way forward on matters of climate, it is time for energy stakeholders here to halt these harmful projects that are only profitable to multinationals and instead explore renewable energy to meet the energy needs of Africa.”

Daouda Gueye of RAPEN said: “The government of Senegal should strive for an economy powered by renewable sources of energy that protect and respect the rights, livelihoods, environment, and future of all Senegalese people. The construction of the Bargny coal-fired plant poses a serious threat to human beings and the environment. Coal-fired power plants are linked to human rights violations, health impacts and environmental destruction and internal displacements of thousands of families. Plans to convert the plant into a gas one should also be halted, as gas is not the solution to our energy needs.”

Africa Energy Week is an interactive exhibition by the African Energy Chamber (AEC) which brings together stakeholders in the African energy sector. At least 700 delegates from Africa’s energy sector are attending the event, among them Ministers of Energy from different countries, financiers such as Standard Bank and representatives from fossil fuel companies such as TotalEnergies. 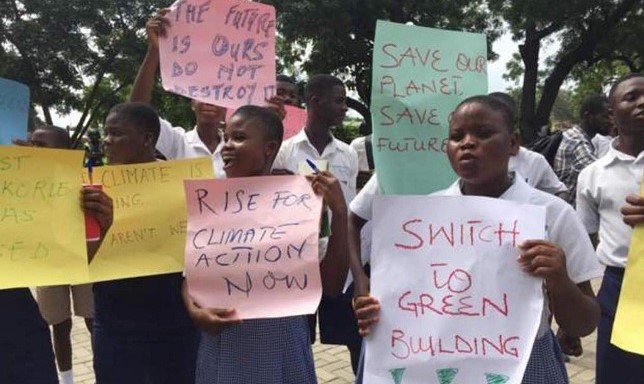