At least 20 people were dead and 14 unaccounted for while rescuers were rushing to find survivors in south-western Japan, where record-breaking torrential rains triggered landslides and flooding, local media reported on Sunday, July 5, 2020.

About 50 people were rescued from a flood-hit nursing home in Kuma Village, some 950 kilometres south-west of Tokyo, Kyodo News reported.

Authorities in Kumamoto ordered about 200,000 residents to flee their homes as they were still warning of torrential rains, mudslides, flooding and swollen rivers in the region.

The agency’s chief forecaster, Satoshi Sugimoto, said there is a chance that some areas of western Japan could see more rains than predicted.

A seasonal rainy front had dumped heavy rains in the prefectures of Kumamoto and Kagoshima since Saturday.

About 4,300 people in the affected areas still live in temporary housing. 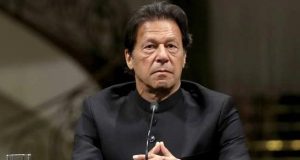