February 9, 2018 Comments Off on $1.06b UN scheme to help fragile countries create ‘firewall against famine’ 664 Views

Ongoing conflicts and climate-related shocks have left millions of people on the brink of starvation, the United Nations agriculture agency warned on Thursday, February 8, 2018 as it launched a $1.06 billion appeal to save lives and livelihoods, and tackle acute hunger in 26 countries. 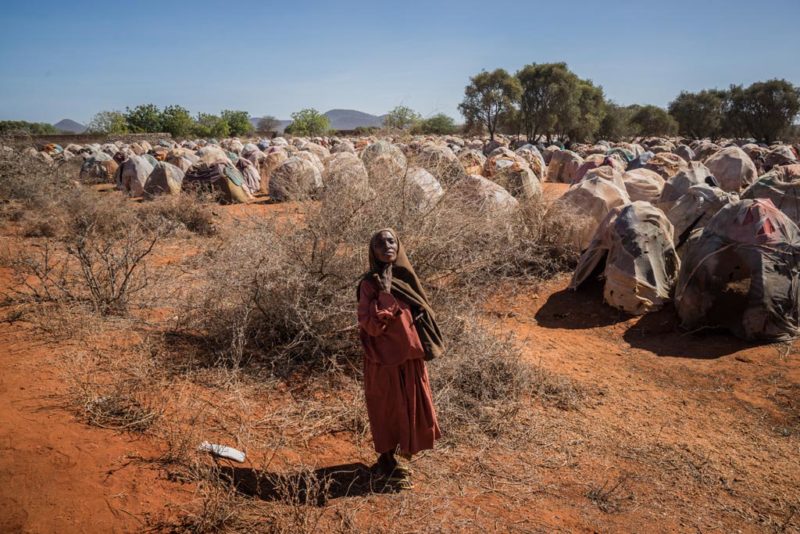 An elderly woman begs for food at a camp for internally displaced persons on the outskirts of Dinsoor, Somalia. Photo credit: Giles Clarke for Getty/OCHA

“The reality is that while the lives of millions of people were saved thanks to rapid humanitarian response in 2017, millions more remain on the very edge of starvation,” Dominique Burgeon, Director of the Food and Agriculture Organisation’s (FAO) Emergency and Rehabilitation Division said on Thursday.

“Maintaining food production and rebuilding agriculture are fundamental to preventing loss of life from severe hunger and to providing a pathway towards resilience in the midst of humanitarian crises,” he added.

With donor support, FAO hopes to employ a range of interventions to rapidly restore local food production and enhance nutrition for over 30 million agriculture-reliant people, to include by providing seeds, tools and other materials for crop farming.

Climate-related shocks are escalating humanitarian needs, which are largely caused by persist and intensified violence and conflict.

“This is why FAO focuses on transforming vulnerability into resilience – so that when something bad happens families are better able to cope and feed themselves, people don’t have to sell off their assets or flee, and communities can rebuild more quickly after the crisis passes,” Mr. Burgeon elaborated.

FAO’s 2018 humanitarian appeal focuses on assisting crisis-hit, vulnerable people in 26 of the world’s most food insecure countries, including Yemen, the Democratic of the Congo (DRC), South Sudan, Syria, and Somalia.

The latest UN report on global hunger found that, after years of steady declines, the ranks of the malnourished are on the rise, totalling 815 million people.

Continued conflict – including in Iraq, South Sudan, Syria and Yemen – and new outbreaks in the Central African Republic, the Democratic Republic of the Congo (DRC) and Myanmar have played a major role in driving hunger up.

Caribbean hurricanes left lives – and livelihoods – in tatters, while in the Horn of Africa ongoing drought has taken a heavy toll. Across all of Africa, the Fall Armyworm pest is threatening the crops of millions of farmers.

Last year, famine was contained in South Sudan and averted in three other at-risk countries thanks to a massive response by the humanitarian community on multiple fronts – including large-scale support to agricultural and pastoral communities that tilted the balance away from the worst-case scenario.