Nigeria and four other countries have been pencilled for the initial launch of a scheme aimed at enabling some 2 million people worldwide to have access to affordable and sustainable housing between now and 2020. 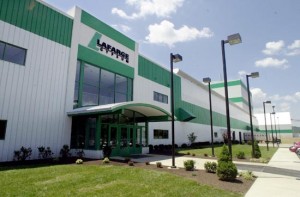 Courtesy of cement maker, Lafarge, the microfinance programme for affordable housing is targeted at people in emerging markets with low purchasing power to help them finance the construction, extension or renovation of their homes.

Besides Nigeria, the programme will be launched in Indonesia, Honduras, Zambia and the Philippines.

Officials of Lafarge disclosed recently at the World Urban Forum in Naples, Italy, that the initiative “represents an initial concrete response to one of the nine main ambitions of the Sustainability Ambitions 2020 plan announced by Lafarge.”

They added: “For the project, Lafarge has joined forces with CHF International (Cooperative Housing Foundation), an NGO with more than 40 years’ experience in housing microfinance and 60 years in urban housing solutions. Other partnerships will be formed with NGOs or public organisations to support the development of the project. The programme should involve around 10 million Euros over the next two years.”

According to the organisation, it will work in partnership with local microfinance institutions to grant loans of an average of 2,000 Euros over a term of two to three years.

“Lafarge offers an innovative approach, helping borrowers during the various stages of their construction project. Counsellors trained and managed by Lafarge will offer personalised support, which may include an architect visit or drawing up plans.

“The Group’s approach aims to provide custom-made responses suited to the needs of local populations. More than 1 billion people are currently unable to access decent housing. Faced with this challenge, Lafarge has developed a strong expertise in the area of affordable housing. To identify these needs as best possible, Lafarge draws on its local presence and partners – such as NGOs, public authorities, developers and banks – involving them in the implementation of its affordable housing construction projects. In order to make this a long-term approach, Lafarge funds projects with a profitable business models,” officials stated.

Located in 64 countries with 68,000 employees, Lafarge is considered the world leader in building materials, with top-ranking positions in its Cement, Aggregates & Concrete businesses. In 2011, Lafarge posted sales of 15.3 billion Euros.

For the second year in a row, the firm ranked amongst the top-10 of 500 companies evaluated by the “Carbon Disclosure Project” in recognition of their strategy and actions against global warming. With the world’s leading building materials research facility, Lafarge places innovation at the heart of its priorities, working for sustainable construction and architectural creativity.

Shelter Afrique is developing a Sovereign Lending product to...

Despite the economic slump the country currently finds itself in,...