Young people in Lima: Our lives are not for sale

Chipinge, a district in Zimbabwe, is known for its magnificent scenery. It is believed to be part of the country with the highest rainfalls. That is where Joy Mlambo, a young professional working with a non-governmental organisation (NGO) in Zimbabwe, The Development Reality Institute, was born. She recollects how the hot climate and high rainfall used to be well suited to agriculture. But, like in most parts of Africa, things are no longer the same. These are perilous times for her people. 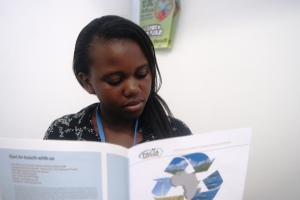 “The rains are now erratic. My family members depend entirely on farming but they do not know when to plant anymore. We are starving. Rivers are drying up and when the rains come they are so intense that the village is flooded. The climate is turning against us,” says Mlambo, who is now 24. She fears for the future of young people like her who will live long enough to experience the disastrous consequences of the changing climate.

“As youths, we are the future of tomorrow. It is up to us to secure that future for ourselves as well as for our children. If we let the current trends go on, we will be left to deal with the consequences which in the long term may be irreversible if nothing is done now,” she says.

Mlambo has taken the message to Peru, in South America, where she is attending the climate change talks dubbed COP 20. She joins other youths from around the world at the conference. They are worried that the negotiations at the climate change conference are relegating the aspirations of the youths.

“The lives of youths are not really valued. The talks are currently not representing the interest of the youths,” says Daniele Savietto of the Youth Press Agency.

The young people are demanding for what they call intergenerational equity.

“Climate change is at heart an intergenerational issue. The reason for finding solutions to climate change is to avoid the negative impacts on future generations,” says 24-year-old Risalat Khan.

“The concept on intergenerational equity is that whenever calculations are made in the UN conference, future gets discounted. This means that future impacts are not really considered in the same way as present impacts. So any impact that happens in like 50 years’ time or 100 years, even if that is really huge, it`s only considered as a small portion because this can’t play a big role,” he adds.

This principle has rarely been a talking point within the international negotiations on climate change. 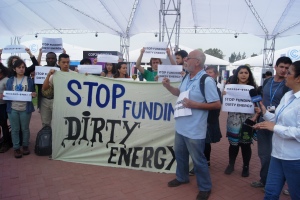 Young people have been demonstrating at the Lima COP

“Our lives are not for sale,” youths told a panel on Intergenerational Inquiry -Youths as Agents of Change on Thursday, which was set aside as the Young and Future Generations Day.

“The interaction between young people, decision-makers and indigenous youth – which rarely occurs and was one of the main purposes of this panel – was constrained by the fact that the speakers didn’t really manage to keep track of their time as it was scheduled. Being perhaps one of the few opportunities of intergenerational interaction, it was a shame that this event was not as successful as expected. Youth participation was minimal compared to youth needs, due to the fact that UNFCCC accreditation for young people is a rare exception,” say Sara Cattani and Daniel Savietto of the Youth Press Agency.

For Mlambo, the Lima conference represents more than just a conference – it is a battle for the survival of her people back home. A battle she desperately wants to win.

“We need to do less of talking and more of acting. As a young lady being affected by the effects of climate change, I need my voice to be heard, stand up for what is right and fight for our tomorrow.” she says.

Concretely, the youths are demanding zero discount rate at Lima Climate change talks. It is very unlikely that the Paris climate change conference next year where major decisions on the fight against the climate scourge would be reached will take into consideration their demands.

Already, as COP 20 enters the last and decisive week, there are sharp contrast and disagreements among negotiators narrowing the chances of having a universally accepted and legally-binding agreement by 2015. 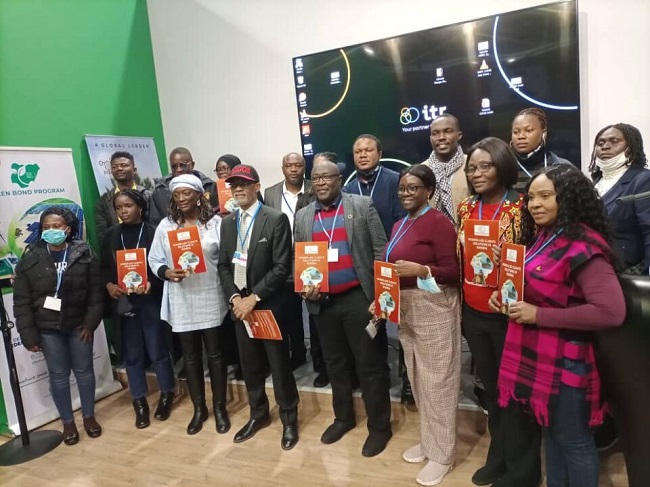 The Senior Special Assistant to the President on Sustainable Development Goals (SDGs), Adejoke Orelope-Adefulire, has ...