The World Wildlife Fund (WWF) has taken up a campaign to ensure that President Donald Trump’s offshore drilling plan in America’s Arctic region does not see the light of the day. 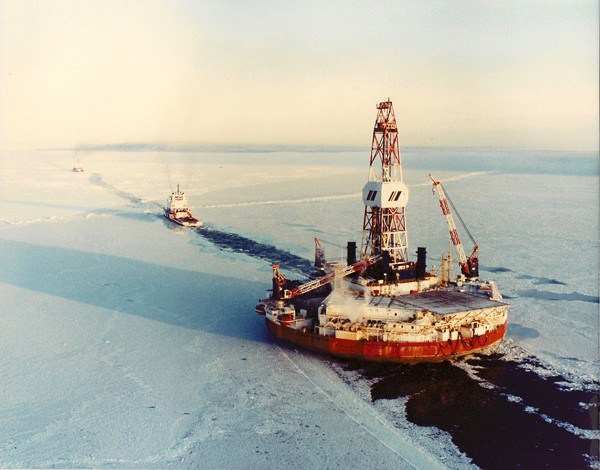 In the past week, the Trump Administration published the new Draft Proposed Programme for the 2019-2024 Oil and Gas Leasing Programme, which is set to replace the 2017-2022 plan – opening up the Arctic to a new wave of offshore drilling activities, which the group describes as “risky”.

“We must continue to keep the Arctic out of the five-year oil and gas leasing programme,” says Sara Thomas, the WWF Director, Activism and Outreach.

ALSO READ:  Why fish is more valuable than oil, by Bassey

According to her, a healthy Arctic Ocean is key to the survival of wildlife – bowhead whales, gray whales, walruses, polar bears, and more – as well as many indigenous communities.

“The vast size, remote location, and extreme weather conditions, combined with the complete lack of infrastructure for responding to oil spills, make drilling in this area extremely dangerous.

“Oil spill response methods are ineffective in broken ice and other severe weather conditions in the Arctic, making any large oil spill or well blowout catastrophic for the amazing life in the Arctic Ocean,” she submits.

The WWF is encouraging members of the public to, during the administration’s multiple comment periods, voice their opinions and speak up against the plan.

“During the last comment period, nearly 90,000 WWF supporters spoke up to keep the Arctic out of the leasing programme,” discloses Thomas.

Citizens are also being enjoined to sign a public comment to President Trump and Secretary of the Interior, Ryan Zike, and demand that the new offshore drilling is kept out of the the country’s Arctic region.