A third of the world’s oceans are overfished and fish consumption is at an all-time high, raising fears over the sustainability of a key source of protein for millions around the world, the UN warned in a report on Monday, July 9, 2018. 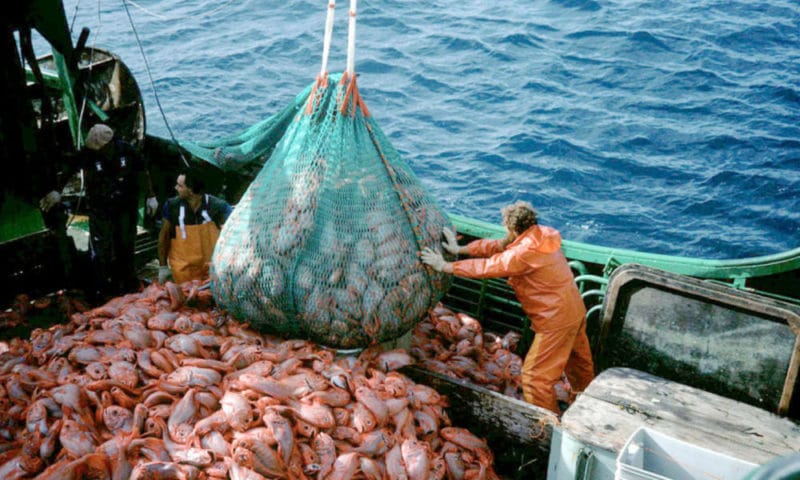 According to a report released by the Food and Agriculture Organisation, overfishing is particularly bad in parts of the developing world where many people already struggle to get enough nutritious food to eat.

“There’s too much pressure on marine resources and we need significantly more commitments from governments to improve the state of their fisheries,” said Manuel Barange, director of the FAO fisheries and aquaculture department.

“We predict that Africa might have to import fish in the future,” he told the media, adding that shortages could lead to higher prices, disproportionately affecting the poor.

Barange said Africa had great potential for aquaculture, but needed support in terms of finance, feed and supply of fish.

Fish farming or aquaculture – the fastest growing agricultural sector for the past 40 years – has been largely responsible for making more fish available, said the report.

As catches from the open sea continue to dwindle, more countries are turning to fish farms.

In Algeria, the government is encouraging farmers in the Sahara Desert to grow fish to increase their income and boost fish production.

Critics say it can damage the environment and put disease and invasive species into the wild, but Barange said the solution was to have “proper regulation, legislation and monitoring and control”.

Traditional fishing nations are also promoting the potential of fisheries to improve nutrition and end hunger.

Fish consumption reached an all-time high of 20.2 kg (44.5 lb) per person from 9 kg in 1961, said the report, and further rises are expected as health-conscious consumers turn to fish.

Currently, 3.2 billion people rely on fish for almost 20 per cent of their animal protein intake.

Shakuntala Thilsted, research programme leader at international non-profit, WorldFish, said reducing losses and waste would go a long way towards making fisheries sustainable, with an estimated 35 per cent of catches thrown away.

“Fish heads, fish bones are (the) parts that are most nutritious.

“Why aren’t we using innovative solutions to turn this into nutritious, palatable food?” she said.

Like Loading...
2018-07-10
admin
Previous: Youths urged to serve as guards of the environment
Next: Niger seeks government intervention in gully erosion menace