World Wildlife Day 2017: How young people can make a change

Vigorous efforts need to be made to encourage young people to act at both local and global levels to protect endangered wildlife, the United Nations has said. 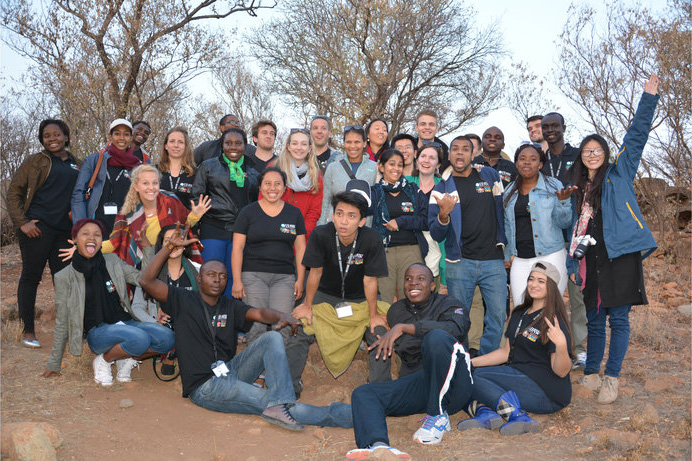 Members of the Youth for Wildlife Conservation

The UN, which made the submission against the backdrop of this year’s edition of the World Wildlife Day (WWD) 2017 that was observed worldwide on Friday, March 3 2017, pointed out that, being the future leaders and decision makers of the world, the engagement and empowerment of the youth is high on its agenda.

The UN says: “World Wildlife Day 2017 encourages youth around the world to rally together to address ongoing major threats to wildlife including habitat change, over-exploitation or illicit trafficking. Youth are the agents of change. In fact, we are already seeing the positive impacts on conservation issues made by some young conservation leaders around the world.”

The Youth for Wildlife Conservation has expressed delight that the WWD is celebrating the growing impact of youth in conservation efforts worldwide.

It says: “With people under the age of thirty representing over half of the world’s population, and the fate of some of the world’s most endangered and iconic species on the edge of existence, it is becoming all the more important to engage young people in decisions affecting the world’s wildlife.

“From patrolling forests to protect rhinos in South Africa or combating wildlife trade in Vietnam, to rescuing orangutans in Borneo and animating wildlife workshops in Canada, the collective youth impact is widespread and undeniable. It is now time, on World Wildlife Day, to acknowledge and applaud the dedication and energy of young wildlife lovers across the globe working towards a common goal, to protecting our priceless wild animals and plants for generations to come.”

Reactions have trailed the special day for wildlife.

UN Secretary-General, António Guterres: “Poaching and illegal trafficking pose a significant threat to wildlife, especially some of the world’s most iconic and endangered species.  Strict enforcement of laws is important, but so too is awareness.  As consumers, we have the power to demand that all wildlife products come from sustainable sources.  I particularly appeal to young people to protect their inheritance by becoming informed and acting to protect wild animals and plants from the threat of extinction.”

Deputy UN Secretary General, Amina J. Mohammed: “Over the past four decades, half of all wild animals and plants have been lost because of habitat loss, climate change, over-exploitation, poaching and illicit trafficking. Around the world, young people are playing an increasingly important role as responsible consumers and future conservation leaders to reverse this trend. On this fourth World Wildlife Day, I encourage people everywhere to stand up for the world’s wildlife and work for a better world, where all can live in peace and prosperity on a healthy planet.”

UNESCO Director-General, Ms Irina Bokova: “The stakes are higher every day. Crimes against wildlife have been increasing over the past years, fuelled by conflicts and the trafficking of wildlife and wildlife products. The impact is devastating on the populations of both iconic and lesser-known species. Despite a range of decisions and actions, UNESCO Biosphere Reserves and Natural World Heritage sites have not been safe from these crimes.

“This calls for a new commitment by everyone to prevent these crimes and promote justice. Young women and men have a special role to play here, as change-makers today and future custodians. We must listen to them and nurture their engagement, to craft new forms of action to conserve and protect wildlife on the basis of solidarity.

“We must support young people in connecting the ‘local’ and the ‘global’ for more effective wildlife conservation. We need young people to speak out, to join hands and to collaborate in shaping new paths to sustainable development in ways that conserve wildlife and protect the shared wealth of biodiversity.”

Convention on International Trade in Endangered Species of Wild Fauna and Flora (CITES) Secretary-General, John E. Scanlon: “Our generation has not yet succeeded in securing the future of many wild animals and plants. Meeting this challenge will now be shared with the next generation. And to succeed we must fully harness the innovation and energy of youth, and combine it with the wisdom that comes with experience, if we are to make the change we need to see happen.

“It is the obligation of the current generation to share their knowledge of wildlife conservation with the younger generations, whilst also empowering and encouraging them to actively engage and participate in creative ways. Investment in our young people will ensure the continued survival of wild animals and plants and help us in the fight against the devastating illicit trade in wildlife.

“World Wildlife Day 2017 gives us the opportunity to generate enthusiasm for wildlife conservation amongst younger generations, and to provide platforms for them to engage with one another on conservation issues. I encourage youth around the world to take a personal interest in wildlife conservation and to help fight wildlife crimes. Let your voice be heard on the safeguarding of wild animals and plants!”

United Nations Environment Programme Convention on the Conservation of Migratory Species of Wild Animals (UNEP/CMS) Executive Secretary, Bradnee Chambers: “I think engaging with young people today is essential if we are to find solutions for environmental problems. Personally, I developed a passion for nature during my youth growing up in rural Ontario at a year-round outdoor education camp that provided experiences to children and families from the city. It inspired me to pursue a career in international law, bringing countries together to protect the environment.

“I want to ensure that future generations can still witness the world’s great migrations, from those of the animals that roam the plains of the African savannah and the swimways of marine turtles to the Monarch Butterfly and the characteristic v-shaped formation of birds in flight.

“We must take young people’s ideas seriously and encourage them to stay committed to tackling the environmental problems of our time. Their passion and idealism are essential to implementing sound conservation strategies so that wildlife and humans can coexist on the same planet.”

International Fund for Animal Welfare (IFAW) President and CEO, Azzedine Downes: “It has never been more important to ‘Listen to the Young Voices’ and to harness the energy and enthusiasm of youth to tackle the current wildlife extinction crisis – one of the reasons IFAW hosted the first ever Global Youth Forum for People and Wildlife in advance of CITES CoP17 in September 2016.

“I had the privilege to interact with each of the 34 delegates and I have never met a more dedicated group of conservation leaders, who are bringing together expertise in diverse fields such as research, genetics, law and animal rescue. United by their willingness to collaborate, learn from each other and take action in their own communities – these young people truly will change the world for the better.” 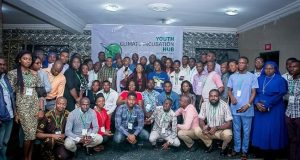 Young people demand action to protect their futures at COP26 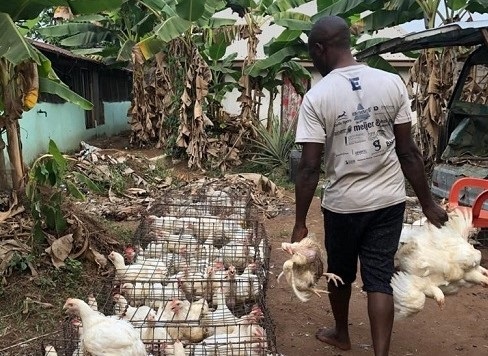