Around 15 percent of terrestrial and 7 percent of marine areas are now covered by protected areas, a report released by the UN Environment shows. 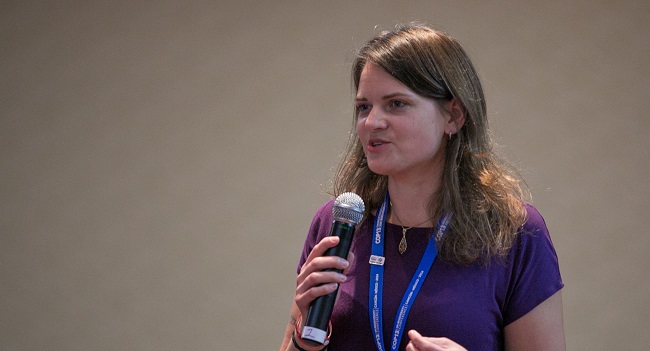 Naomi Kingston, Head of Protected Areas Programme at the UN Environment, said that the move shows that the world is on track to meet important conservation targets.

“By July 2018, more than 20 million km2 of the earth’s land surface and nearly 27 million km2 of marine areas had been designated as protected Areas – locations that receive protection to achieve the long-term conservation of nature,” Kingston told journalists during the launch of the protected planet report 2018 on the sidelines of the UN Biodiversity Conference in Sharm El Sheikh Egypt.

Kingston observed that this represents an increase in 0.2 percent of terrestrial and 3.2 percent of marine areas since the last report was published in 2016.

She noted that the continued growth in protected areas around the world is essential for the future of biodiversity adding that the great increases in protection of the marine environment over the past two years will play a key role in restoring the health of the ocean, that is being achieved due to a strong collaboration between countries, non-governmental organisations and international organisations.

The Protected Planet Report 2018 reviews the progress of Aichi Biodiversity Target 11, which aims for the effective and equitable management of 17 percent of terrestrial and 10 percent of coastal and marine areas by 2020.

“You have two years of ‘low hanging mangoes’ to pursue the set goals and report back within the time frame,” Pasca-Palmer added.

She said that then report shows that the world is on track to meet the coverage aspect of target 11, and emphasises the needs to meet other aspects by 2020.

Kathy MacKinnon, Chair, IUCN World Commission on Protected Areas, called for the recognition and supports the efforts being made by indigenous peoples and local communities, as well as private actors who conserve critical areas.

She said that protected Planet provides the essential information for decision-makers to base their decisions on achieving the existing targets by 2020, and most importantly to inform the approach for the post-2020 global biodiversity framework.

“Protection of these areas are to help conserve biodiversity whereas on 20 percent are currently protected in countries,” Mackinnon said.

Mackinnon however said that the increase is encouraging but urged countries to focus on expanding the areas and confer the benefits to the communities.

Hany El Shaer, Regional Programme coordinator with the World Heritage and Business and Biodiversity Programme, protection of areas in the Middle East remains elusive due to sporadic wars witnessed in the region.

“We try to bring countries together, but some are undermining our effort as they fail to visit certain countries that are not their allies in the global set up,” Shaer noted.

ALSO READ:  Nations agree on actions to save saiga antelopes

He said that there remain significant challenges to achieve all elements of Aichi Biodiversity Target 11 in the region even as other countries make important strides into achieving the goal.

“Shaer noted that there remains a huge task to protecting the areas in the region and called for support to achieve the set goal,” he added.

The report shows that fishing is now banned in 432,000 square miles of Antarctic reserve, in attempt to preserve over 16,000 species, including the Adelie Penguin (Pygoscelis adeliae) and Minke Whale (Balaenoptera bonaerensis).

In addition to hosting the report, there is now a new interactive digital version, highlighting key findings, and providing monthly updates to track progress.