On Saturday, October 9, 2021, people all over the world will be celebrating World Migratory Bird Day, a global campaign that aims to raise awareness of migratory birds and the need for international cooperation to conserve them.

The UN-backed campaign is organised by a collaborative partnership among two environmental treaties – the Convention on the Conservation of Migratory Species of Wild Animals (CMS) and the African-Eurasian Migratory Waterbird Agreement (AEWA), and the non-profit organisation, Environment for the Americas (EFTA).

This year’s theme “Sing, Fly, Soar – Like A Bird!” focuses on the phenomena of “bird song” and “bird flight” as a way to inspire and connect people of all ages around the globe in their shared desire to protect and celebrate migratory birds. Hundreds of events in all corners of the world have been registered on the website to mark the day. People will also  use their creativity and the universal language of singing and dancing to express and share their appreciation for birds through social media.

“Migratory birds bear witness to and are impacted by the triple planetary crisis of climate change, biodiversity loss and pollution. Making progress on reigning in climate change and ending biodiversity loss is critical to the survival of migratory birds. The journey of a migratory bird knows no borders and therefore, neither should our response to the planetary crisis. I call on us all to step up action, action and action to protect the future of all species on this planet.” says Inger Andersen, Under-Secretary-General of the United Nations and Executive Director of the UN Environment Programme (UNEP).

World Migratory Bird Day is celebrated on two peak days each year (second Saturday in May and in October) in recognition of  the cyclical nature of bird migration and the different peak times of migration along the world’s flyways. The October peak day, which generally falls in the post-breeding migration period, comes amidst a wave of headline news, from the recent IUCN Red List warning that 14 per cent of bird species worldwide are threatened with extinction, to the U.S. Government declaring numerous bird species extinct.

“World Migratory Bird Day is an opportunity for people everywhere to learn about migratory birds and about the many challenges they face. This year the focus is on their unique songs and flights, and we invite people to reconnect with nature by actively listening to and watching birds – wherever they are,” said Amy Fraenkel, Executive Secretary of the Convention on the Conservation of Migratory Species of Wild Animals (CMS).

Migratory birds the world over are threatened by habitat loss and illegal hunting as well as from poisoning, pollution and collision with man-made objects, such as glass-covered buildings and powerlines.

Climate change is adding additional pressure on migratory birds by adversely affecting habitats they need for breeding, resting and refuelling along the way. The changing climate is also impacting the annual cycles of birds, affecting the timing of migration and reproduction and causing mismatches in food availability.

Another emerging threat to migratory birds is light pollution, which disorients birds who are flying at night, leading them to collide with buildings – the likely cause behind the mass mortality event involving hundreds of migratory birds in New York City last month.

Approximately 2,000 of the world’s 11,000 bird species migrate, some covering enormous distances, like the Arctic Tern or the Bar-tailed Godwit, which flies distances up to 11,680 kilometres non-stop between Alaska and New Zealand.

On their journeys across the planet, migratory birds use broad migration corridors or pathways known as flyways.  Soaring birds such as storks or eagles are currently gathering by the thousands at some of the major flyway bottlenecks like the Strait of Gibraltar, the Hula valley or along the Appalachians Mountains gliding and soaring to save energy during their long journeys. These flyways span multiple countries and include the main routes the birds follow, generally in a north-south and south-north direction twice each year.

Numerous events are scheduled in countries along the flyways to mark the day. A line-up of events and free online programming on a range of topics related to migratory birds, their migration, and international efforts to conserve them are also being offered by some of the leading bird conservation and nature education organisations in the world.

“World Migratory Bird Day champions bird conservation across the flyways,” says Susan Bonfield, Executive Director of Environment for the Americas (EFTA) which organises World Migratory Bird Day in the Americas, bringing people and communities together in celebration of migratory birds from Canada to Argentina and the Caribbean. “Our programmes are helping to unify our voices for migratory birds and serve as a call to action to protect them. In this difficult and unusual time, birds have brought us renewed joy in nature and have fostered a shared passion for these long-distance travellers that is echoed across the world.”

The October peak day of World Migratory Bird Day falls three days before world leaders will be attending both virtually and in person the opening of the UN Biodiversity Conference (CBD COP15), taking place in the Chinese city of Kunming. The meeting, which will conclude next year, is expected to adopt a new global biodiversity framework for the decade. It is hoped that the conference will be a tipping point in global action for nature and help restore a positive relationship between nature and people.

“Birds and especially their songs have been a real source of comfort for many people around the world during the COVID-19 pandemic, reconnecting us with nature,” says Jacques Trouvilliez, Executive Secretary of the African-Eurasian Waterbird Agreement (AEWA).

Migratory“Yet we must not forget that birds and in particular migratory birds the world over are constantly under threat and that tackling these will require not only continued close cooperation between countries along the flyways, but also actions in every garden, village or city which can help create safe havens for many species of birds,” he added. 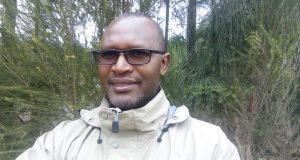 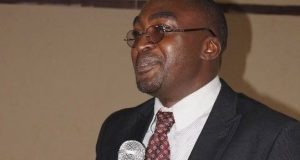 The World Migratory Bird Day 2020 will be celebrated by people across the world on ...