With the rallying call “Ready to Beat Malaria”, the RBM Partnership to End Malaria is encouraging governments, health bodies, private sector companies and the public to accelerate progress against malaria, making the 2018 World Malaria Day even more vital. 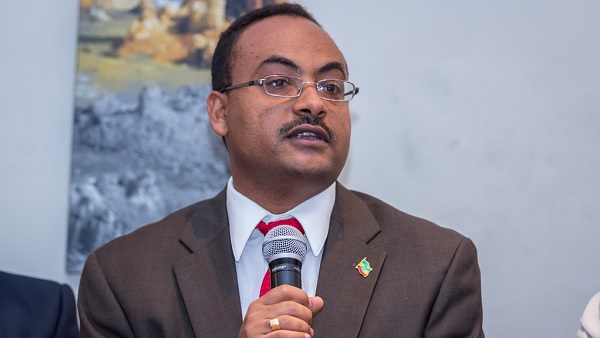 Wednesday, April 25 marks the 10th World Malaria Day and the culmination of a month of worldwide action against the disease at a time when global malaria cases are on the rise for the first time in a decade.

“After a decade of success in pushing back malaria, it is on the rise again and will come back with a vengeance if we do not act decisively now,” warns Dr Kesete Admasu, CEO of the RBM Partnership to End Malaria.

Admasu adds: “Half the world is still threatened by malaria, an entirely preventable, treatable disease which takes a child’s life every two minutes. Worldwide action is needed to meet the 2030 target of reducing malaria cases by at least 90%. We are delighted that more countries than ever, forty-four, are reporting less than 10,000 cases, however we must ensure we continue to press forward to end malaria – not only in high-burden nations but also those on track to eliminate the disease. It is our global responsibility to consign malaria to the history books.”

Dr Winnie Mpanju-Shumbusho, RBM Partnership Board Chair, comments: “This month has seen world leaders come together to renew commitments to step up funding and speed up innovations against the disease. It has been a truly momentous time in the fight against malaria, but the battle is not yet won. We also need citizen and community action around the world to drive momentum towards reaching global targets.

“The malaria fight is at a crossroads and we could be the generation to end the disease for good. If we don’t seize the moment now, our hard-won gains will be lost. We’re ready to beat malaria – are you?”

Dr Tedros Adhanom Ghebreyesus, Director-General of the World Health Organisation (WHO), says: “World Malaria Day reminds us of the challenges that remain. The declining trend in malaria cases and deaths has stalled and vital funding for malaria programmes has flat lined. If we continue along this path, we will lose the gains for which we have fought so hard.

“We call on countries and the global health community to close the critical gaps in the malaria response. Together we must ensure that no one is left behind in accessing lifesaving services to prevent, diagnose and treat malaria.”

World Malaria Day comes on the heels of two major malaria events – the Commonwealth Heads of Government meeting, where UK Prime Minister Theresa May and other Commonwealth leaders made a commitment to halve malaria burden across 53 member countries by 2023 in response to the London Malaria Summit. In addition, the Multilateral Initiative on Malaria (MIM) conference in Dakar brought together scientists and researchers from across Africa to share the latest innovations in the fight against the disease.

Other events taking place across the globe to celebrate World Malaria Day include:

The RBM Partnership to End Malaria is said to be the largest global platform for coordinated action against malaria. Originally established as Roll Back Malaria (RBM) Partnership in 1998, it mobilises for action and resources and forges consensus among partners. The Partnership is comprised of more than 500 partners, including malaria endemic countries, their bilateral and multilateral development partners, the private sector, nongovernmental and community-based organisations, foundations, and research and academic institutions.