The World Bank has urged the use of sustainable land use management as a panacea for the rehabilitation of communities in the north eastern part of Nigeria around the drying Lake Chad.

Scientists say the Lake Chad, that borders Nigeria and some other countries, has shrunken by 95 percent over the past 50 years. Photo credit: AP/Christophe Ena

The recommendation was made at the Climate Change Knowledge Immersion workshop which was organised by the Federal Ministry of Environment’s Department for Climate Change and the World Bank for Ministries, Departments and Agencies (MDAs) on Friday, February 17 2017 in Abuja, the federal capital city.

The World Bank’s Practice Manager for Africa and Environment Resources, Benoit Bosquet, stated that “sustainable land and water management” are adaptation mechanism of “climate actions” that can be used to address the devastating impact of climate change.

The northeastern region of Nigeria which has been the hotbed of Boko Haram insurgency shares border towns that host the shrinking Lake Chad with other countries in the sub-region. Experts have traced climate change to the desertification and drying up of Lake Chad which has made unemployed youths vulnerable to the insurgency. This has led to thousands of deaths and displacement of millions of people across the region, creating one of the largest humanitarian disasters in the world.

According to the environment expert, the use of adaptation as climatic actions is simply “the economic adjustment to ecological problems as it occurs by building necessary infrastructure and systems that can address climate change as well as prevent its impact.”

Citing the example of China’s Loess Plateau which was restored with the support of World Bank, Mr Bosquet urged the Nigerian government to make use of “sustainable land and water management to address desertification across northern Nigeria as it was done in one of the poorest regionc in China – Loess Plateau – which has been re-greened and pulled over 2.5million people out of poverty.”

He warned that Nigeria needs to “build resilience now for the harsher climate of the future” because, “if not addressed in time, climate change can worsen Nigeria’s vulnerability to weather swings, and limit its ability to achieve and sustain the objectives of  Vision 20:2020.”

The World Bank has projected that, despite not being a major producer of greenhouse gases, Africa is vulnerable to climate change and this could increase the global poverty headcount by more than 100 million people by 2030, with large countries such as Nigeria risking major threats such as food insecurity.  It projected that climate change in Nigeria will lead to a reduction of major food production such as millet by 20% by 2050, thereby leading to food insecurity with resultant conflicts such as the ongoing herdsmen crises.

Mr Bosquet also called for efficient resource management, noting that some of climate change impacts are accentuated by human factors. He gave an example of the 2012 flood across Nigeria which claimed hundreds of lives and destroyed properties worth billions of Naira.

According to him, the lack of necessary infrastructures such as dams along the Rivers Benue and Niger led to the inundation which could have been prevented the impact of excess water coming from Cameroun.

“Poor management of water are likely to be more frequent in the near future, so it is important to start working on how to effectively manage the nation’s water resources to avoid the flood disasters,” he warned.

He gave assurances of the World Bank continued support for a number of initiatives for the climate actions such as the Nigeria Erosion and Water Shed Management Project (NEWMAP), Climate Resilience for Coastal Areas of Nigeria, Climate Smart Agriculture with the use of Geographical Information System and efficient land use management across Nigeria. 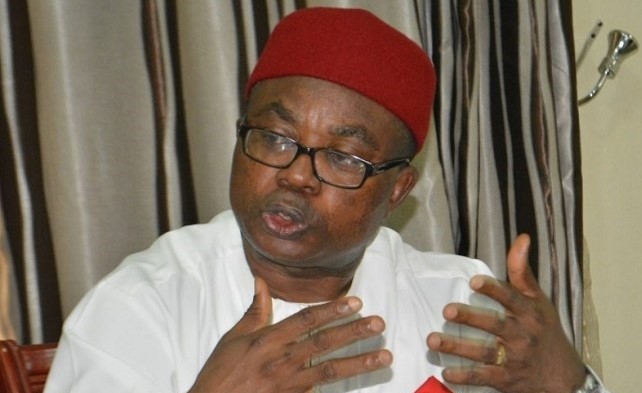