The World Bank Group approved on Thursday, May 21, 2020 a $500 million programme to help countries in Africa and the Middle East fight the locust swarms that are threatening the food security and livelihoods of millions of people.

The Emergency Locust Response Programme (ELRP), approved by the World Bank’s Board of Executive Directors, will focus on providing immediate assistance to help poor and vulnerable farmers, herders, and rural households overcome one of the worst locust upsurges in decades.

The ELRP will provide immediate support to affected households through targeted social safety nets like cash transfers, while investing in the medium-term recovery of agriculture and livestock production systems and rural livelihoods in affected countries.

The first countries to be financed under the initial phase of the programme are Djibouti, Ethiopia, Kenya, and Uganda, with a total financing package of $160 million.

“Locust swarms present a double crisis for countries that are also battling the COVID-19 pandemic,” said World Bank Group President David Malpass. “Together, this food supply emergency combined with the pandemic and economic shutdown in advanced economies places some of the world’s poorest and most vulnerable people at even greater risk.”

East Africa already has 22.5 million severely food insecure people and 10.8 million forcibly displaced people, according to the UN’s Office for the Coordination of Humanitarian Affairs.

The World Bank has estimated that, without broad-scale, coordinated control measures to reduce locust populations and prevent their spread to new areas, potential damages and losses to crop and livestock production and related assets in the greater Horn of Africa, including Yemen, could reach as high as $8.5 billion by the end of this year.

By helping to mobilise a rapid response and more effective locust control measures, anticipated damages and losses will still be an estimated $2.5 billion. This is why the ELRP will fund measures to protect livelihoods of the poor and vulnerable impacted by the locust crisis, according to the World Bank.

In addition to protecting livelihoods, physical assets and human capital of affected households, the programme will deliver seed packages and other inputs to affected households to help restore farm production and livelihoods as quickly as possible. It will also finance investments to strengthen surveillance and early warning systems so that countries are better prepared to combat future outbreaks.

As of early May 2020, locust swarms have infested 23 countries across East Africa, the Middle East, and South Asia. The upsurge is said to be the biggest outbreak faced by some countries in 70 years. Favorable breeding conditions through May will likely result in a new round of swarms in late June and July, coinciding with the start of the harvest season, according to observers.

The programme’s design builds on the technical foundation of desert locust management created by the Food and Agriculture Organisation of the United Nations (FAO), which is already working with affected countries to ensure locust control operations are done safely and effectively. The World Bank and the FAO will enhance their ongoing collaboration through the programme, sources said.

ELRP will employ a multi-phased programmatic approach that allows for the fast preparation of similar projects in the future. Financed through the International Development Association (IDA), the World Bank’s fund for the poorest, it makes available an initial $500 million in financing for eligible countries to request support. Its flexible financing package means that ELRP can expand quickly to new countries depending on where the locust swarms move. All countries eligible to receive IDA and IBRD resources can access support.

Among the initial projects approved:

Ethiopia – In addition to the scale up of surveillance and control measures, $63 million will provide seed and fertiliser packages to more than 150,000 farmers to ensure planting during the upcoming cropping season and, in pastoralist areas, emergency fodder to more than 113,000 households to safeguard their productive assets.

Kenya – $43 million will finance grants to an estimated 70,000 pastoral households and 20,000 farmers to quickly rehabilitate crop and livestock production systems disrupted by the locust swarms.

Uganda – $48 million will finance surveillance and control measures. It will also finance interventions to protect and rehabilitate livelihoods through temporary employment programmes and activities that boost resilience, such as water and soil conservation activities, the adoption of agro-forestry technologies and practices, and the buildout of market infrastructure.

The ELRP support builds on World Bank’s earlier emergency financing of $13.7 million for Kenya and $600,000 that was reallocated for Djibouti to respond to the locust crisis. 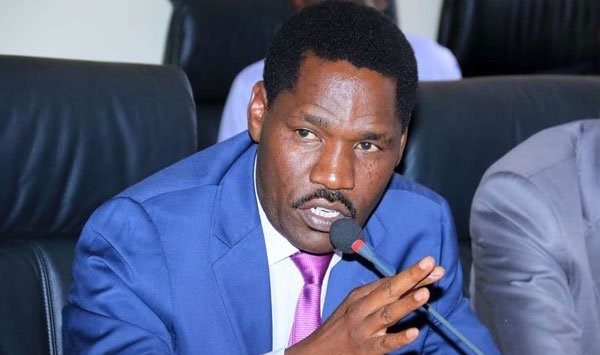 Kenya’s Ministry of Agriculture, on Thursday, January 21, 2021 said that the second wave outbreak ...