In order to fully benefit from the potential of abundant renewable energy in South Africa, companies need to step out of their comfort zones and send clear signals to the markets by committing to an ambitious 100 percent renewable energy future. 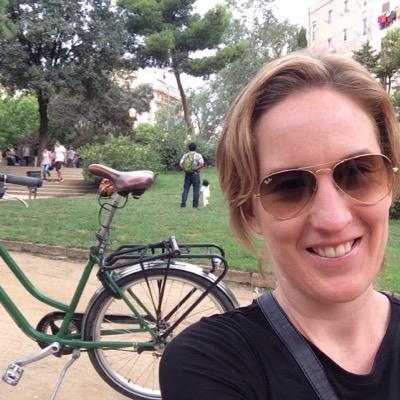 Penny-Jane Cooke, Climate and Energy Campaigner for Greenpeace Africa, says Woolworths is still in the lead with an improved score of six out of 10

This is the resounding message in an updated report “Shopping clean: Retailers and renewable energy – An Update” released this week by Greenpeace Africa which gives an up to date outline of the state of renewable energy investments and commitments by South Africa’s top five retailers (Pick n Pay, Shoprite, Woolworths, Spar and Massmart).

The ‘Renewable Energy Champions’ campaign was first launched by Greenpeace in April this year with the report “Shopping Clean: Retailers and Renewable Energy” and in the report update, Greenpeace takes a look at how the retailers have improved in the intervening six months.

“When comparing the retailers to one another, Woolworths is still in the lead with an improved score of six out of 10. Massmart is close behind Woolworths with a score of five and a half, a significant improvement from their April score. Pick n Pay has also shown a significant improvement and is now engaging with Greenpeace on how they can increase their commitments to renewable energy in the future. Spar and Shoprite are at the bottom of the table with Shoprite scoring the lowest of all five retailers,” said Penny-Jane Cooke, Climate and Energy Campaigner for Greenpeace Africa.

During 2016 both Woolworths and Massmart undertook solar PV installations; with Woolworths installing the first phase of their 2MW system at their Midrand distribution centre, and Massmart installing a 520kW and a 430kW system at their Carnival Mall and Woodmead Makro stores respectively. This combined solar PV capacity is sufficient to power 500 – 700 average South African households.

“One of the most significant actions undertaken by Massmart, Woolworths and Pick n Pay this year was their commitment to lobby to remove the barriers to renewable energy. The retailers have agreed to the need for a holistic sector approach that includes financial mechanisms and regulatory frameworks to create an enabling framework for renewable energy going forward, and have agreed to focus on lobbying for this, meanwhile Woolworths alone has taken the important step of committing to a 100 percent renewable energy future,” added Cooke.

At the bottom end of the updated ranking table both Spar and Shoprite are dragging behind their fellow retailers. Spar’s score has stayed the same as they have not made any progress in the renewable energy sector in 2016. Shoprite continues to have the lowest score of three out of ten due to a lack of publicly available information, lack of transparency and unwillingness to engage with Greenpeace on these issues.

“Shoprite’s sustained low score is a clear indication that the retailer is not yet taking renewable energy seriously, neither are they engaging with the Renewable Energy Champions campaign. Greenpeace believes that Shoprite in particular can do much more to show solar some love, and we call on all five of the country’s top retailers to convert their scores from average to ambitious,” Cooke said.

During the course of 2016, Eskom has begun what appears to be a sustained anti renewable energy campaign, which means there is an increased need for other sectors, including the retail sector, to champion and lobby for a renewable energy future in South Africa.

Renewable energy offers a concrete alternative to the current electricity system that is failing all South Africans.