Who is The People’s Candidate?

As Nigerians, we are no strangers to hard times, heartbreaks and raw deals. We make the best out of bad situations. We are happy even in conditions when it is actually hard to smile. We endure all, because even when we complain, we quickly forget the hurt we felt in the past. We easily move on, and leave everything to God. 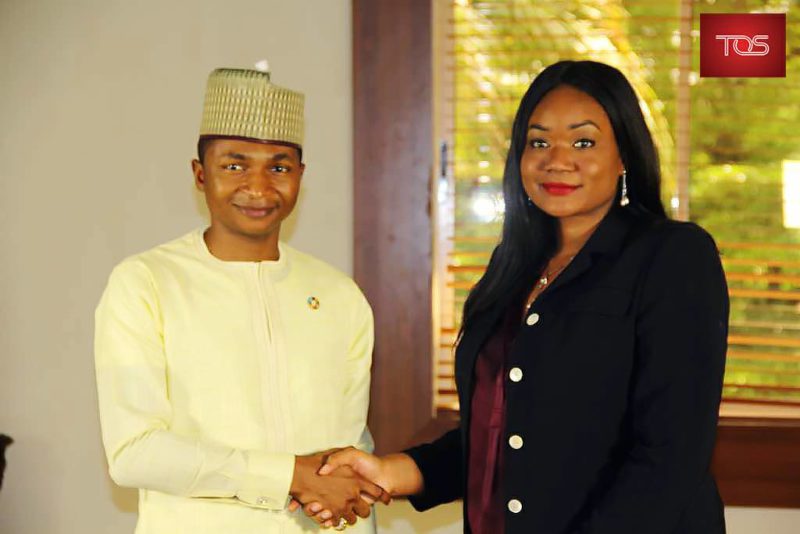 But recent happenings in the polity are testing our patience with our elected political office holders, especially the President of the Federal Republic. We find ourselves wake up with a bitter taste in our tongue and sore questions on our lips, “Is this President really our candidate or was he the candidate of his political party? Did we vote for him or his party? Could we have influenced his emergence as the party’s candidate?”

So, we have come face to face with the reality of a vague democratic process, where the tail can wag the dog!

The thinkers that gave us democracy sold it as government of the people, by the people and for the people. However, what we see is a government formed by a candidate the people may never have chosen, but was handpicked by a few influential men in a party circus characterised by horse-trading and influence peddling. A legitimate event where the winner takes all and the people get a dummy.

Enter The People’s Candidate or TPC for short. An initiative of The Osasu Show/TOS TV in collaboration with Connected Development (CODE), TPC was created for the sole purpose of maximising the democratic rights of Nigerians by returning power back to the people.  It is a platform that will disrupt the biased electoral process by availing all Nigerians, irrespective of political affiliation, an opportunity to nominate and vote their preferred presidential candidates for the various political parties for the general elections in 2019.

The Independent National Electoral Commission (INEC) has scheduled the next presidential elections for February 2019. As it typically occurs during elections, a select number of party leaders in Nigeria (as opposed to millions of eligible voters) gather together to decide who emerges as the political candidates of their respective parties. The people are then left to choose between the devil and the deep blue sea during the general elections.

Nomination of candidates will end on January 1st, 2019 and the voting process will commence thereafter. The goal of the TPC initiative is to ensure the person that emerges as President in 2019 is a true reflection of the people’s wish as opposed to the idiosyncrasies of a select few party leaders.

The same scenario was repeated in 2011, when the front runners were the leaders of their respective parties: President Goodluck Jonathan from PDP (a party he controlled as the incumbent President of Nigeria) and President Muhammadu Buhari of CPC (a party he formed). Interestingly, these two candidates were also the two major contenders in the 2015 presidential elections, leveraging on the same dynamics that threw them up in the previous election.

At this juncture, it is important to note that the personalities behind the TPC idea give it natural failsafe possibilities. Osasu Igbinedion, a dynamic and articulate media practitioner and young philanthropist, is a diligent media activist whose work in Nigeria and across Africa has proved her immense passion and drive towards the achievement of the Sustainable Development Goals (SDGs).

She had in 2015 floated an instrumental communication vehicle, The Osasu Show (TOS), which has endeared her to the grassroots, while stamping her personal touch and finesse without diluting the fact that she radiates a competence that is conspicuously without any gender, religion or ethnic bias.

Her talk show, which runs simultaneously on AIT, BEN TV London and ITV, creates an opportunity for critical discussions on the improvement of societal perceptions and ideologies amongst politicians, aspiring young leaders, entrepreneurs, industrialists, public servants, philanthropists, and professionals in various spheres of life. The programme has been applauded for consistently providing a medium for promoting the cause of the less privileged in the society and also holding the political class to account.

The other young Nigerian is Hamzat Lawal. He is an award-winning development strategist, environmental activist and anti-corruption crusader, who co-founded Connected Development (CODE) and its flagship Follow The Money initiative. He leads the team which comprises data analysts, journalists, legal practitioners, activists, information managers, students, and academia and development consultants.

His passion for change using open data advocacy for transparency and accountability in governance led to a life-saving intervention in 2012 in Bagega, Zamfara State; and since then he has used his advocacy methods to influence government policies that positively affect the welfare of various communities across Nigeria and Africa. He continues to inspire young people to contribute towards civic engagement and good governance, while coordinating various grass root movements in the region.

In nudging fellow Nigerians towards taking their destiny in their own hands by deciding who The People’s Candidate is, TPC could naturally leverage on the CODE paradigm. CODE provides marginalised and vulnerable communities with relevant knowledge and resources to amplify their voices with independence and integrity while providing the communities with information that ushers social and economic progress.

As a country, Nigeria has come to that place where to enhance effective democratic governance and accountability, we need platforms (using various tools like mobile and web technologies) that close the feedback loop between citizens and the government. When political parties realise that the people have the power to decide who they want to fly their flags, impunity and mediocrity will become obsolete. Then, the truth will find a place in our common future.

Politics should not begin and end with winning or losing elections. It is not about big or small parties either. It is about service to the people; policies and ideologies that will serve the best interests of the greater majority of the society. It is about service and patriotism, forthrightness and accountability, honour and integrity.

The people should choose their own person who they believe embodies the ideals to stand out as The Candidate across all party platforms. Among these personalities, the best candidate shall emerge. The People’s Candidate who shall work with other Nigerians, and listen to everybody and not just the “party heavyweights”. A President who will inspire the young and vibrant upcoming politicians, establish a political incubator to breed a new generation of leaders who will do things right, maintain high ethical standards and abhor greed, avarice, selfishness and impunity.

It is my hope then, that after the 2019 elections, the objectives would have been met in order to add an enduring value to our country’s democratic experience. This is because TPC aims to reduce voter apathy and boost voters confidence; disrupt the normative behavior of a select few party leaders from dictating the people’s candidate; make the candidate selection process transparent, democratic and equitable; arouse the interest of Nigerians in the activities of government; give a voice to the masses; and engage every Nigerian in the entire value chain of the country’s political process.