February 18, 2021 Comments Off on WHO increases support for Guinea, DRC in curbing Ebola outbreaks 366 Views

World Health Organisation (WHO) Regional Director for Africa, Dr Matshidiso Moeti, says the agency has increased its support for Guinea and the Democratic Republic of the Congo (DRC) to curtail the spread of Ebola outbreaks.

Moeti disclosed this at a virtual press conference on COVID-19 on Thursday, February 18, 2021.

She said WHO had deployed teams of experts to support the national authorities in the countries to ramp up the response and avert widespread infections.

Health authorities in Guinea declared an Ebola outbreak on February 14 after three cases detected in Gouécké, a rural community in N’Zerekore prefecture tested positive for the virus.

It is the first Ebola outbreak in Guinea since 2016 when a large one was successfully brought under control.

Ebola is an acute severe viral illness and is extremely lethal. It is characterised by sudden onset of fever, intense weakness, muscle pain, headache, nausea and sore throat.

This can be followed by vomiting, diarrhoea, impaired kidney and liver function, and in some cases, both internal and external bleeding.

According to her, more than 100 WHO staff, deployed from other countries and from within Guinea, are expected to be part of the Ebola response by the end of February.

“A team of eight experts from the WHO Regional Office for Africa in Brazzaville is leaving soon. Efforts are ongoing to step up surveillance, contact-tracing, testing and treatment as well as preparing for vaccination.

“We are hard at work, shifting quickly through the gears to get ahead of the virus. With experts and emergency supplies already getting on the ground, the response is off to a strong start.

“Our collective, quick action is crucial to averting an uncontrolled spread of Ebola amid the COVID-19 pandemic which has already pushed health workers and health facilities to the edge.”

Moeti recalled that humanitarian flight arrived on 15 February in N’Zerekore with 700 kg of medical equipment donated by WHO and partners.

She said a consignment of more than 11, 000 doses of Ebola vaccine was expected to arrive in Guinea this weekend.

“In addition, more than 8,500 doses will be shipped from the United States of America for a total of 20, 000 doses. Vaccination is set to kick off shortly afterwards.

“A 30-strong vaccination team has already been mobilised locally and is ready to deploy as soon as the vaccines are received,’’ official said.

She said WHO had around 20 experts on the ground supporting national and provincial health authorities, adding that about 8,000 vaccine doses were still available in the country at the end of the 11th Ebola outbreak.

“The vaccination of people at high risk was officially launched in Butembo, the outbreak’s epicentre on 15 February. So far nearly 70 people have been vaccinated.

“The quick rollout of vaccines is a testament to the enormous local capacity built in the previous outbreaks by WHO and partners.

“WHO has released 1.25 million dollars to support the response in Guinea and to reinforce Ebola readiness in neighbouring Cote d’Ivoire, Guinea-Bissau, Liberia, Mali, Senegal and Sierra Leone.

“Additionally, the United Nations Central Emergency Response Fund has disbursed 15 million dollars to support the response in Guinea and DRC and readiness in the neighbouring countries.’’

Meanwhile, Moeti while answering question on the burden of the disease in the countries, said she was optimistic that the countries would leverage on the experience of the past to curb the outbreaks.

“The labs for diagnosis at all levels for both COVID-19 and Ebola is helping us; we are also using the same protocols in DRC to stop the spread of the disease,’’ he said.

“We will not be encouraging countries to sell the vaccine, so what we are fighting for is equitable distribution; So far, out of 54 countries on the continent, eight have started vaccination,’’ he said.

Previous: Vaccines to be delivered to 20 countries from next week – Africa CDC
Next: Group gives Buhari seven days to release names of companies flaring gas 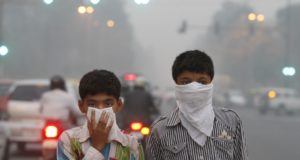