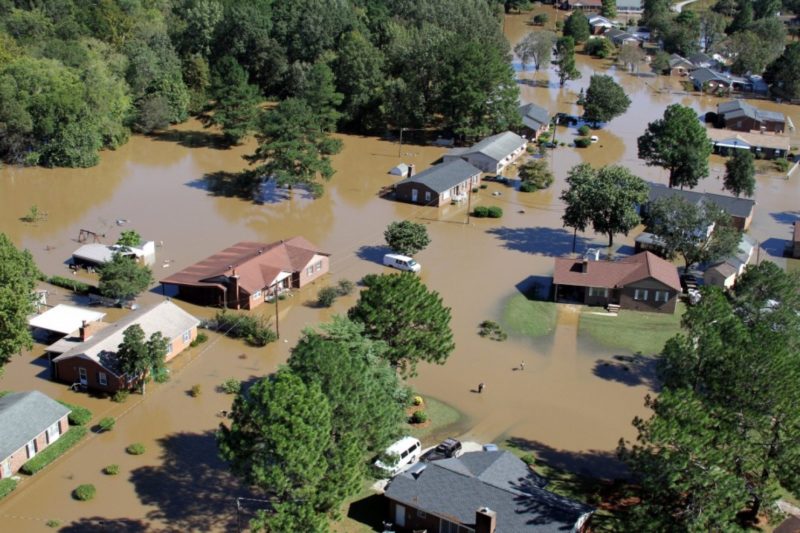 Despite White House budget director Mick Mulvaney’s assertion on Friday that studying climate change is a “waste of your money,” federal scientists are required, by a 1990 law, to do just that – and are carrying on for now, even under the cloud of budgetary uncertainty created by the Trump administration.

It’s no easy task. Trump’s “skinny” budget proposes to slash many climate-related programmes at agencies like NASA and the National Oceanic and Atmospheric Administration but often doesn’t go into specifics – raising doubts about the implications for climate science programmes across 13 government agencies and the production of an exhaustive report about the impact of climate change in the U.S. that is required by law.

“For each of these programmes, real people live on the other side of the budget line item,” said Ali Zaidi, a Stanford energy researcher who previously served in a key role in Obama’s Office of Management and Budget overseeing funding for climate and environmental programmes. “Students, small business, and sources of economic growth for communities count on this data. Now you’ve got folks waiting by the phone to learn whether they’ll be going to work tomorrow or whether the data that informs their livelihoods will still be available.”

“For agencies, this means they will be less creative and more conservative,” Zaidi continued. “They will plan to the lowest possible funding level. And that will hurt both the programs and the supply chains.”

Regarding the future of the $ 2.6 billion U.S. Global Change Research Programme, a White House Office of Management and Budget official said it would be “premature to speak to final funding levels prior to the full budget in mid-May.” Requests for comment to the federal climate programme were not returned.

The programme produces a sweeping report on how climate change is wracking different regions of the U.S. that is mandated every four years under the Global Change Research Act, signed into existence in 1990 by Republican president George H.W. Bush. The last installment of the report, released in 2014, ran over 800 pages. The next is due in 2018.

Last week’s event at North Carolina State University, aimed at drafting just one of the document’s many chapters, brought together around 50 federal researchers, university scientists, local activists, and students, among others – all working on different pieces of the climate problem in the U.S. Southeast.

The town of Nags Head, on North Carolina’s Outer Banks, has had to grapple with the question of how and whether to close a beachside road, Seagull Drive, that has been damaged by several coastal storms.

Some residents still want to use the road and are looking at ways to protect the community from future sea level rise, said Jessica Whitehead, a geographer who works for the North Carolina Sea Grant programme at North Carolina State University and is working with Nags Head on adaptation.

But the National Oceanic and Atmospheric Administration’s Sea Grant programme would lose its funding under the proposed Trump budget. “From my point of view, we keep going until we’re told to stop,” Whitehead said.

Another threat to the U.S. Southeast was underscored in tragic fashion last fall in Gatlinburg, Tenn., when the resort town was engulfed by a deadly wildfire driven by a combination of strong winds and drought conditions.

“Without a doubt, the managers I talk to, say more and more, they’re seeing fire behavior that they’ve never seen before in their careers,” Kevin Hiers, a former Air Force wildfire manager turned fire researcher with the Tall Timbers Research Station and Land Conservancy in Tallahassee, said. “And that change in fire behavior definitely corresponds with weather parameters that we have not typically had on average here in the Southeast.”

Hiers, who is drafting the climate assessment’s section on Southeastern fires, acknowledged concern about climate policy and budget cuts among federal scientists.

“I think that there is a general unease in government about the future of global change research,” Hiers said. But communities in the Southeast are going to have to prepare themselves for change. “There’s such a commitment across such a broad range of public and private entities to simply prepare for contingencies. That’s all just part of strategic planning.”

The scientists at the Raleigh meeting don’t just write their reports behind closed doors. They hold public meetings around the country, bare the guts of their drafting process, hear feedback about what’s happening in communities and go back to the drawing board to make it better.

They ask communities to provide them with particular case studies of places that are being harmed by climate change or places that are innovating in their way of adapting to it.

“They’re trying to be really constructive at a time when you’ve got the administration saying it’s a waste of money, literally,” says Anthony Janetos, a climate scientist at Boston University who served on advisory committees for the last three national assessments.

There’s a protracted process for releasing such a massive and influential document – raising fears that, if it so desires, a hostile Trump administration could derail or slow things down at many steps along the way.

First, there’s a review process in which scientists must answer not only critiques from the National Academy of Sciences, which vets the document, but also comments submitted by the public. “We are required to respond to every single comment,” explained Lynn Carter, a researcher at Louisiana State University who co-chaired the event in Raleigh and will be one of the chapter’s lead authors.

To be formally adopted as a government report, the 2014 version of the document also had to go through a review process at the White House’s Office of Management and Budget – currently leading the blueprint for slashing the federal government – which sent it out to all 13 federal agencies in the Global Change Research Program for critical review and further changes.

Any of those agencies or the White House could, presumably, balk at the report’s content and delay its formal release to Congress.

“Does that clearance process become one more fact check, or does that become a process that is more problematic?” Janetos asked. “And I just think we don’t know.”

The first test of how the thinly staffed Trump administration will handle the ongoing national assessment process could come later this year – when it will have to make decisions about the publication of a separate, more than 500 page report designed to serve as the National Climate Assessment’s scientific foundation. That fundamental climate science document recently received a largely positive peer review from the U.S. National Academies of Sciences and, if it stays on schedule, would come out in the fall of 2017, with the broader regionally focused report to follow a year later.

National Assessments have been delayed extensively in the past. After the Clinton administration produced the first one in 2000, it took until 2009 to publish the second – the very early Obama years.

So as the process continues, university scientists and communities and activists around the country will be watching closely – just as they were at the meeting in Raleigh.

“With the current administration, is [the report] really going to be reviewed and are they going to have the staff to review it?” asked Karen Bearden, a volunteer with the Research Triangle branch of the climate advocacy group 350.org, during a question-and-answer session at the meeting.

“What I can tell you, this report, and the actions that are being taken to write it are being required by law,” answered Chris Avery, a contractor with the Global Change Research Programme. “This is an obligatory thing.” 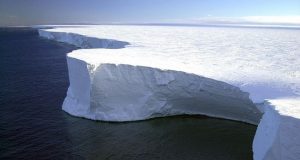