Thursday 28th May 2020
Thursday, 28th of May 2020
Home / Agric & Biotech / When HOMEF brainstormed with Edo farmers on food, agricultural systems

When HOMEF brainstormed with Edo farmers on food, agricultural systems

October 2, 2018 Comments Off on When HOMEF brainstormed with Edo farmers on food, agricultural systems 560 Views

About 100 farmers from various communities in Edo State on Friday, September 21, 2018 gathered in the conference hall of Girls Power Initiative (GPI), Ugbiyoko Community in Benin City for a one-day dialogue on food and farming systems organised by Health of Mother Earth Foundation (HOMEF). 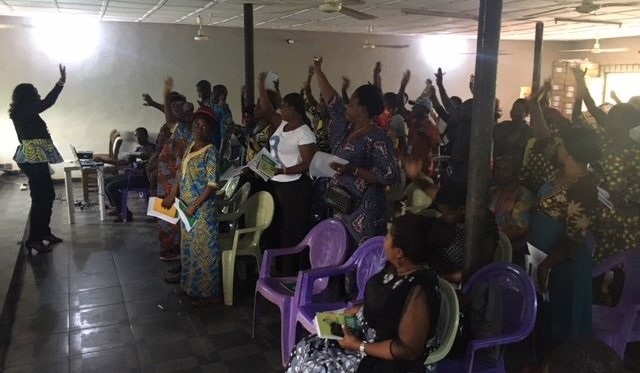 Participants at the HOMEF dialogue with farmers

The dialogue provided a platform for examining the challenges facing agricultural production and the special threats posed by opening of the flood gates to Genetically Modified Organisms (GMOs) into Nigeria and also discussion on the way forward for improved agricultural productivity with emphasis on agroecology and support for small scale farmers.

In his opening words, Nnimmo Bassey, Director of HOMEF, stated that dialogues such as this are vital for sharing ideas, best farming practices and ways of preserving seed and our overall biodiversity.

Mariann Bassey-Orovwuje, Chairperson of the Alliance for Food Sovereignty in Africa, in one of the presentations that preceeded the dialogue, stated that although attempts to overcome agricultural challenges have led to many innovations and have resulted in production of improved natural crop and livestock varieties, corporate industrial systems attempt to control food production and displace small scale farmers through the push for genetically modified crops.

Her presentation made it clear that a majority of small-scale farmers have no idea what GMOs are about and what threats they pose to their health, environment or livelihoods. This was obvious as about 98% of the farmers gathered had not heard of GMOs.

The food sovereignty activist pointed out the risks agricultural biotechnology poses to small scale farmers and consumers at large, included diseases resulting from the use of toxic chemicals, soil degradation, and the loss of farmers‘ right to save and reuse seeds.

Adeoluwa Olugbenga, senior lecturer of agronomy at the University of Ibadan, speaking on “Agroecology, Securing Farmers‘ Income and Agricultural Productivity in Nigeria”, noted that, to improve productivity, there is need for proper understanding of agroecology management and practices. This also ensures the sustainability of their agro ecosystem and increase in their income levels.

This session enlightened the farmers on natural indigenous practices that  can be used to combat pests and diseases, improve productivity in minimal land space and replenish the soil health in the process.

During the dialogue session, the farmers discussed in groups among other things the major challenges facing agriculture today. They lamented that, in addition to shortage of capital, they had challenges with availability of land as it is being taken up for development projects. They also complained of bad roads and high transportation costs, unavailability of seeds, lack of processing facilities and invasions by pests and diseases. The farmers also discussed the solutions to these challenges.

The farmers, which included crop and livestock producers, expressed gratitude to HOMEF for the enlightenment and acknowledged that they needed more of these dialogues and training. They rejected GMOs and with one voice and called on the government to provide them with more support to improve productivity with local/indigenous varieties.

Gloria Okon, one of the participating farmers from Katsina State, acknowledged that the Community Dialogue was very useful.

She said: “It helped me as a farmer know how to farm without using chemicals and also to know the difference between GM seeds and natural seeds.”

According to her, she saw the use of accessible language, especially pidgin English, as key to making the meeting successful. She added that she would organise similar dialogues for other farmers in her state.

The following resolutions were reached by the participants at the end of the dialogue:

Some of the communities represented who signed on to the resolutions include: Ugbiyokho, Utagban, Evbuodia and Uholor Communities in Edo State. 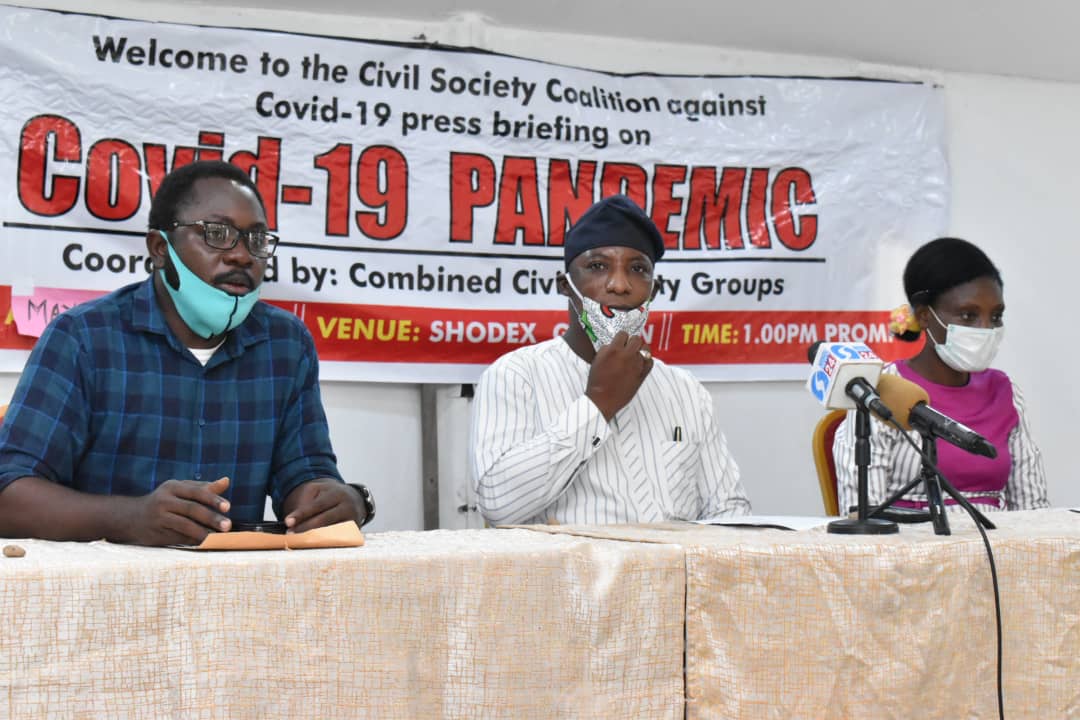