What is at stake as COP24 opens

Tense negotiations on guidelines to implement the Paris Agreement are likely to chart a path forward in terms of process but roadblocks remain in the way of the transformation required to limit temperature rise to 1.5°C and avert climate chaos 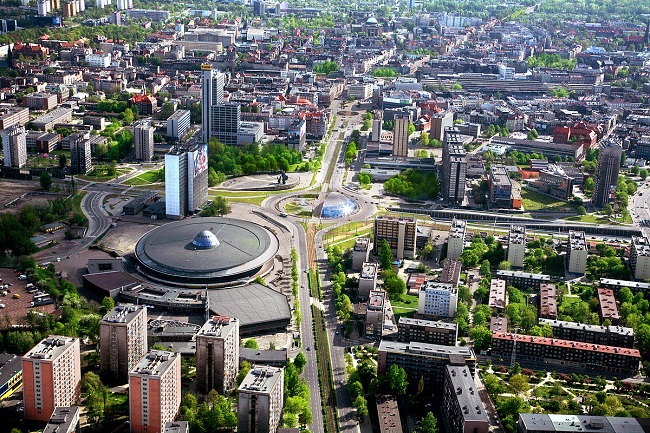 The COP, CMP and CMA are the supreme decision-making bodies in relation to the implementation of the Convention, the Kyoto Protocol, and the Paris Agreement, respectively.

With time running out to stave off worst-case scenarios of climate change, governments meet in Katowice for COP24 negotiations with plenty of impetus to ramp up their climate targets and agree a set of implementation guidelines for the landmark Paris Agreement – but do the rich and powerful among them have the necessary will?

The Paris Agreement was celebrated for calling on the world to limit global temperature increase to 1.5°C. However, the Agreement was only the first step on a long and arduous journey to transform societies and economies. In the years since, emissions have continued to rise, and in October this year the Intergovernmental Panel on Climate Change (IPCC) produced a Special Report on 1.5°C global warming which worryingly stated that temperatures, already 1°C warmer than pre-industrial temperatures, are rising at a rate of 0.2°C per decade. This, combined with historic pollution already in the atmosphere, leaves governments with a small and shrinking window in which to enact sweeping changes to their economies in order to fully decarbonise.

The report left the door open to the possibility of keeping warming to 1.5°C, thereby avoiding even worse impacts associated with 2°C warming, provided that all countries increase their climate targets so that global emissions are halved by 2030 and reach near zero by 2050.

However, the climate pledges currently tabled by countries – Nationally Determined Contributions (NDCs) – would, if they materialise, still see temperatures rise by a shocking 2.7°C – 3.5°C. The estimated cost associated with delivering the developing countries’ pledges alone is over $4 trillion. The Katowice round of talks must therefore secure a process to ramp up climate targets, including the transfer of finance and technology for developing countries to take ambitious steps.

The Parties agreed in 2016 to finalise by 2018 a set of comprehensive guidelines to put all aspects of the Paris Agreement into practice and establish how each government will implement its national and international actions and commitments.

Such guidelines would be essential for maintaining trust between countries and encouraging them to take on further commitments and improve their existing ones – necessary in order to meet the Paris 1.5°C temperature goal.

However, progress in negotiating the guidelines has been slow and painful in particular on the critical issues of how to account for differentiation between countries and, perhaps most difficult of all, finance. Now Parties find themselves up against the clock and under pressure to produce a rulebook from several hundred pages of negotiating text. With so much at stake they may decide that it is better to take the time to get the rulebook right than to rush it for the sake of an outcome.

Some of the key aspects of the guidelines include:

There is a real risk in Katowice that traditional obstacles to a successful COP outcome will once again present themselves. United States President Donald Trump has already announced his intention to withdraw from the Paris Agreement, yet the U.S. negotiating team continues to participate in the negotiations and is seen by many developing countries and civil society as pushing for the elimination of important provisions protecting equity and ambition.

European countries will need to decide whether to stand strong against the Trump team’s attempts to weaken the rulebook of the Paris Agreement or to lower the bar in the hope that it allows for an about-turn and U.S. reentry. With the world’s largest historical emissions – and a foreign policy team of former fossil fuel industry executives – the growing intransigence of U.S. delegates explains why Katowice may create stronger support among other countries’ delegations for the UNFCCC to finally formalize conflict of interest policies to prohibit governments from deploying professional polluters as climate policymakers.

The Katowice meeting therefore must address the question of finance both in the next few years before 2025, and in the long-term beyond that. Determining a process to agree a new and improved post-2025 goal is central to building trust and assuaging developing country fears. Similarly, new commitments in excess of the previous commitment from developed country finance ministers towards the Green Climate Fund’s replenishment are a must for progress in Katowice.

To respond to the impacts of current 1°C warming – which is devastating lives and livelihoods around the world through intensifying heatwaves, fires, droughts, floods, and storms – governments had promised to revisit their actions in the immediate-term, prior to 2020 when the NDCs start.

Parties decided on a special dialogue, since dubbed the “Talanoa Dialogue” by COP23 President, Fiji, to rapidly ramp up emissions cuts and financial support for poor countries. But the process has failed to address the ambition gap between the 1.5°C goal and the national pledges, and the gap between the need for increased financial resources for developing nations and the current financial flows. It’s omission of the question “how did we get here” was seen by developing countries as a tactical forgetting of historical responsibility and the failure of developing countries to enact radical policies prior to 2020.

However, Parties and observers concerned with the lack of concrete actions in a time of great urgency will hope that the Talanoa Dialogue compels countries to come forward with pledges to ambitiously increase their current mitigation and finance targets, communicating such improvements by 2020, thus sending a signal to other nations to accelerate climate action.