The World Food Programme (WFP) says it has spent $126 million to provide food aid in various forms to 1.2 million people in 16 northern Nigerian states since 2017. 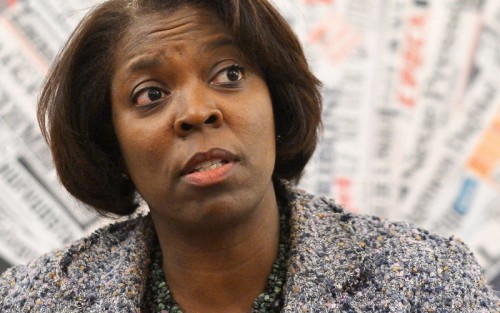 Ms. Ingermarie Vennize, the World Food Programme’s Head of Communication in Nigeria, said this on Friday, July 13, 2018 when she paid a courtesy call on the Managing Director of the News Agency of Nigeria (NAN), Mr Bayo Onanuga in Abuja.

Others are Benue, Gombe, Jigawa, Kebbi, Plateau and Niger.

She added that the programme planned to meet its target of providing food assistance to 1.5 million of the most food insecure and vulnerable people in northeast Nigeria.

“As at this moment, WFP is providing food and cash assistance to more than 1.2 million people,’’ she said.

According to Vennize, the number of people affected by insurgency has increased as more than 20,000 have returned to the area from neighbouring countries.

She said that the programme’s activities in the affected states had increased, especially from June to September, when stored food would have dwindled.

She said that owing to the development, WFP required 49 million dollars to sustain its life-saving support until the end of 2018.

“WFP is able to carry out the exercise by mopping up assistance from the government of countries that are friendly to Nigeria.

The head of communication further said that the programme was providing preventative nutrition assistance to children of six to 23 months old, and to children with moderate or acute malnutrition that were of between 24 and 59 months old.

Vennize, however, said that in areas where people returned en masse, livelihood support interventions were made to contribute to early recovery and help reduce reliance on food assistance.

She pledged that the programme would not relent in its efforts at providing food assistance to people affected by terrorism.

“WFP started its presence in Nigeria in 2016 upon the request of the Federal Government to assist in the crisis in Borno, Yobe and Adamawa states, as a result of insurgency,” she said.

Vennize, however, said she was pleased with the Federal Government’s efforts at ensuring that some affected families returned to their homes.

She expressed confidence that once internally displaced persons were returned to their homes, agricultural activities would be revived, and food production enhanced.

Responding, Onanuga expressed appreciation for the programme’s efforts in Nigeria, which he said, dated back to the pre-insurgency period.

He said, “WFP is not a new programme in Nigeria.

“I appreciate the efforts of your programme for providing for Nigerians, who are frustrated as a result of the activities of the insurgents,” he said.

In his response, NAN’s Edtor-in-Chief, Mr Yusuf Zango, assured the WFP official of the agency’s readiness to collaborate with WFP in its efforts to better the lives of Nigerians.

Like Loading...
2018-07-13
admin
Previous: Why government suspended land allocations in Abuja
Next: Japan struggles to restore water to flood-hit towns