Bothered by the threat posed by vector-borne diseases to the socio-economic development of the region, West African countries have adopted a campaign by which to address the worrisome trend. 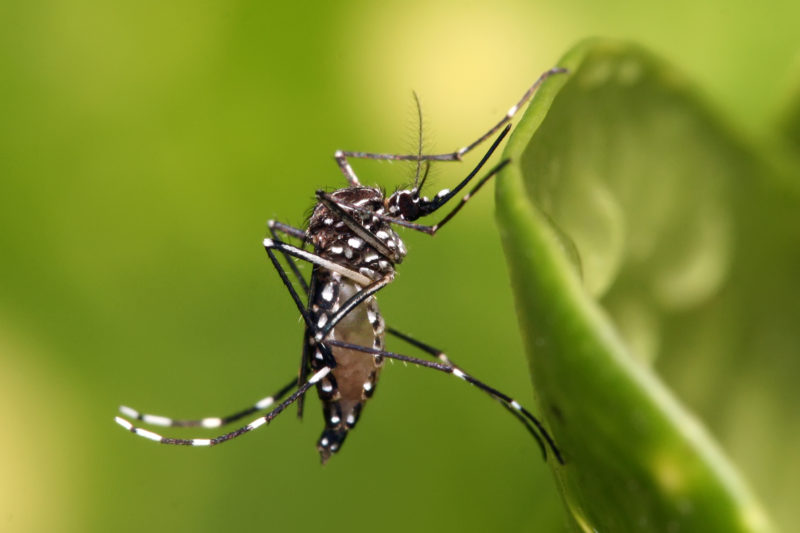 The mosquito, a malaria vector

Vector-borne diseases, especially malaria, have continued to pose a health threat to the West African region, which is home to about 365 million people. High morbidity from malaria is said to be contributing to loss of productivity, which officials say has negatively impacted the region’s economy.

In an apparent recognition of this threat, the region has commenced moves towards establishing a West Africa Integrated Vector Management (WA-IVM) Programme which, according to the promoters, will strengthen vector control through increased inter-sectoral collaboration, capacity building and improved surveillance.

To kick off the process of establishing the WA-IVM Programme, a regional meeting of key stakeholders from Economic Community of West Africa States (ECOWAS) Member States was convened in Accra, Ghana from August 15 to 17, 2018 to discuss the modalities for the successful take-off of the programme.

Besides agreeing on the scope and approach for rolling out the WA-IVM Programme using malaria as a pathfinder disease and gene drive as pathfinder technology, participants likewise sought to identify needs and requirements of regulators and other stakeholders that will facilitate operationalisation of an IVM Programme in the ECOWAS region.

They also attempted to determine governance structure for the WA-IVMP, as well as consider for adoption a five-year workplan for the WA-IVM Programme.

At the close of discussions, delegated resolved that the WA-IVM programme be established with the aim of bringing together regulators from health and environment, and members of ethics committees to regulate vector management approaches on a collaborative platform.

While acknowledging that high level decisions have been made at the African Union and ECOWAS level on the need for the development and regulation of existing and emerging vector management approaches, the meeting agreed that the WA-IVM programme should develop necessary tools that can be used for regulating vector control approaches using gene drive as a pathfinder technology.

Considering the variation in technical expertise and capacity levels among Member States in the region, the gathering agreed that the WA-IVM programme will have a strong component of capacity strengthening as part of its activities. This will include training programmes and development of SOPs and guidelines.

The meeting also agreed on the overall governance structure which will in principle comprise of ECOWAS Ministerial Council on Health, WA-IVM Steering Committee, Technical Working Groups (TWGs) and a Secretariat.  The WAHO, on its part, will serve as the Secretariat of the WA-IVMP and NEPAD will support WAHO to fulfil this role.

Participants also considered and endorsed the WA-IVMP workplan for the period of 2018-2023, even as they called on WAHO and NEPAD Agency to support the operationalisation of the workplan.

While noting the commendable progress that has been made in developing a regional platform for Medicines Regulatory Harmonisation (MRH), it was recommended that the WA-IVM process should play a catalytic role of strengthening the environmental and agricultural regulatory agencies at regional and continental level.

Participants also called for the preparation of a communication plan and messaging about the WA-IVM Programme and technologies, while incorporating public awareness programme activities in the work plan.

Like Loading...
2018-08-22
admin
Previous: Seven years after attack, Abuja UN building yet to resurrect
Next: With political will, Nigeria can succeed in cleaning up Niger Delta – Babarinde