The Association of Waste Managers of Nigeria (AWAM), known as Private Sector Participation (PSP) operators, says it has invested over N6 billion in waste management industry in Lagos State in the last 20 years. 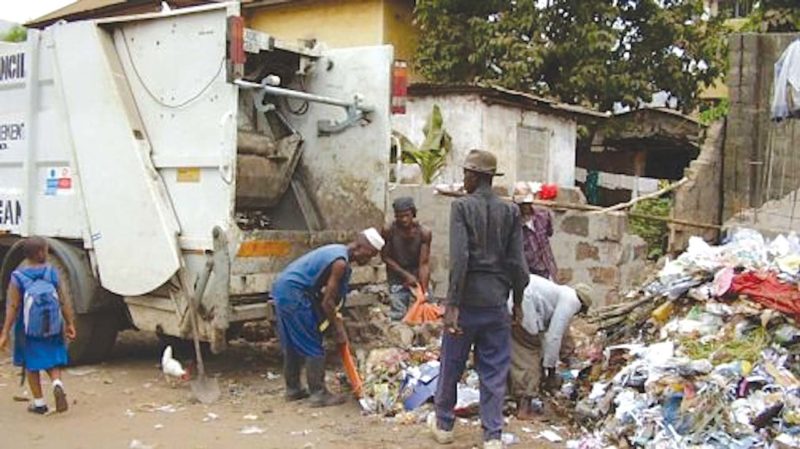 AWAM Chairman, Oladipo Egbeyemi, told the News Agency of Nigeria (NAN) on Monday, March 26, 2018 in Lagos that members of the association had provided over 25,000 direct and indirect jobs within the period.

Egbeyemi, however, said the association’s investment was going through a period of uncertainty since the engagement of foreign waste managers over the past two years.

”The government’s consultant, running the Cleaner Lagos Initiative (CLI), has confirmed that the PSP, as currently constituted, have 931 functional trucks following the recertification exercise.

”We now have classic case of the foreign company without capacity, trying to engage local investors (PSPs) with close to 1,000 trucks and over 20 years of experience on the job and offering unprofitable and unsustainable terms,” he said.

Egbeyemi said that the government had decided to restrict the PSP operators to manage only the commercial waste collection, which is 20 per cent less than its current activities.

According to him, the current market value of the commercial waste collection is N301 million, while the number of enlisted PSP operators are 365, with a total number of 931 trucks.

He said that the commercial premises, if shared based on capacity, would result in revenue that is grossly inadequate for any operator, thereby affecting the viability of the business.

”This 31 operators, representing only eight per cent of operators, are nervous at the risk of seeing their revenue reduced significantly, as a result of the redistribution.

”On the other hand, 92 per cent of operators solely operates in the domestic waste collection and earn significant revenue from it.

”They will be facing a 100 per cent loss of revenue, if and when Visionscape takes over the domestic waste collection.

”While the sharing of the commercial waste collection provides some revenue, it is still grossly inadequate to make them viable,” he said.

The AWAM chairman said that the policy to restrict the waste operators to only commercial waste collection would impede on all existing operators and their investment.

He said the association had appealed to the Lagos State House of Assembly to intervene and save Lagos people from imminent health hazard that might be caused by the current filthy environment.