As the clock ticks towards 2015 when United Nations member states are expected to reduce by half the proportion of people without access to safe drinking water under the Millennium Development Goals (MDGs), there are still regional deficiencies in coordination, governance, legislation and financing of the water sector due to pressure of population growth weights on the resource, in spite of recent efforts by some of the countries within the West Africa sub-region.

It is against this background that the International Union for Conservation of Nature (IUCN) and the Global Water Partnership for West Africa (GWP/WA) recently organised a five-day workshop for journalists in Abidjan, Ivory Coast, to stimulate stakeholder interest on the issue.

The development of an Integrated Water Resources Management (IWRM) both at national and regional levels was identified as a tool to assist countries in the area of water management and resource protection particularly in West African sub-region. The IWRM is a process which promotes the coordinated development and management of water, land and related resources, in order to maximise the resultant economic and social welfare in an equitable manner without compromising the sustainability of vital ecosystem.

At the moment, some of the countries are already on track to meet the MDG target on water and sanitation while some are completely off the track.

For instance, Ghana is said to be 82 percent ready in terms of water supply, a level which is slightly above the MDG target for the country. Similarly, Ivory Coast, according to government officials, is currently at 66 percent, even as it strives to reach 82 percent by 2016 going by the current investment in the sector.

In Senegal, water supply at the urban centres is said to adequate while the rural areas are said to be facing some challenges. Mauritania, on the hand, is said to be far at the moment from the target while Burkina Faso is also close to the target.

According to the World Bank, in 2011 water production facilities in Nigeria were rarely operated to capacity due to breakdown of equipment or lack of power or fuel for pumping. At the current rates of progress, Nigeria is predicted to meet the MDG target in 27 years but may meet the sanitation MDG in 124 years’ time.

Out of the required amount, only about $550 million is being injected by the government due to limited resources and competing needs, leaving a huge investment gap to achieve the targets.

In most of these countries however, while governments and donor bodies pay much attention to finance provision of clean potable water, little or no attention is being paid to the management of the resource for future use. Human activities, to a large extent, have contributed to the pollution of most of the water resource.

At the opening ceremony of the five-day workshop, themed: “Financing water and the protection of the resource in West Africa,” Ndri Koffi of GWP/WA Ivory Coast, stressed that good water management necessitates funding and resource management.

He explained that water is very important in life for the its various uses which requires that everybody must be responsible for its protection. “If water is life, protecting it is a responsibility for everyone.”

Ndri added that the theme of the workshop was apt, particularly when most of the countries in the region are financing water through the IWRM.

In his view, coordinator, Poverty Reduction and Environmental Management (PREMI) of the International Union for Conservation of Nature (IUCN), Maxime Somda, posited that natural resources an play important role in the economy of West Africa.

Somda noted that, among all the resources, water is the important part in the lives of the people, but that the resource is being affected by pressure of population, human action and the climate change phenomenon.

He added that water as a social resource needs to be protected, saying that stakeholders should realise the economic importance of water so as to protect it. “This is why we need to use need approach to pay for it”.

A lecturer at University of Abidjan, Prof. A. B Goula, explained that water has resource and use. According to him, the use is everything related to the clean water while the resource is the one we have as natural resources where everybody can go and use.

Goula added that no country in the region has been paying much attention to the protection of water resources.

Communications Officer, GWP/ WA, Sidi Coulibaly, stressed that in the last five years the organisation has been helping countries in the region to develop their national IWRM which, he said, has been partly completed.

He added that it is clear that some of the countries may not meet up with the MDG target on water supply in their countries.

IUCN/PACO representative, Marcelo Rocca, explained that there are lot of financing in water management but not enough for protection of water resources. “If we do not protect water, it will be impossible to get in the future,” he warned.

He explained that that this why IUCN felt the need to pay attention to water resource management.

Experts have opined that water should finance water. They hinged the position on the principle of Payment for Environment Services (PES), which stipulates that users of environmental services should pay for it.

This principle, which excludes domestic consumption of water, targets people who use water for irrigational purposes, dam construction, mining activities and construction work, among others. In addition to this is the Polluters Pay Principle.

Previous: Mapping climate change impact in Lagos
Next: The vanishing legacies of Okoroba 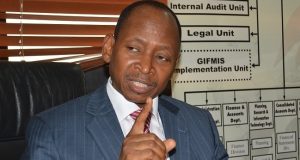 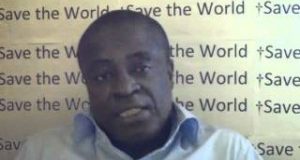 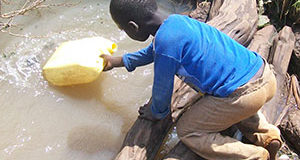 If the Global Water Partnership, West Africa (GWP-WA) were to have its way, governments of ...