A leading expert and thought leader on urbanisation and sustainability, Xuemei Bai, has painted a grim picture of the spatial status of Lagos, Nigeria’s commercial capital city. 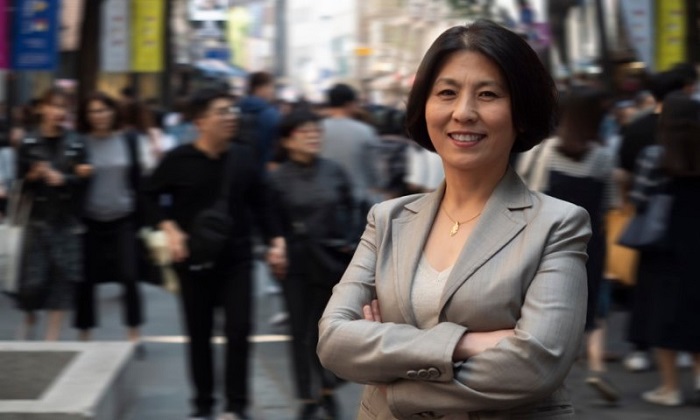 Bai, who is of the Future Earth Urban Knowledge Action Network, was recently awarded the Volvo Environment Prize 2018. She is a professor in Urban Environment and Human Ecology at the Fenner School of Environment and Society at the Australian National University in Canberra, Australia.

A leading expert on how to make rapidly growing cities more livable, sustainable and resilient, her focus is on Asia and the global South.

According to her, while cities in the North try – and sometimes succeed – in becoming smart, green and carbon-neutral, cities such as Lagos, have grown 100-fold and are environmental nightmares.

She submitted that, in just two generations, Lagos went from a population of 200,000 to nearly 20 million.

“It is wealthy in parts, but largely chaotic and with many residents living in slums not connected to water or sanitation systems, and with momentous traffic congestion and air full of fumes. Projections show that if Nigeria’s population continues to grow, Lagos could become the world’s largest metropolis, home to perhaps 85 million people, with drastic environmental consequences,” said the human settlements development expert.

She opined however that other megacities are growing at an even faster rate, such as Guangzhou and Beijing in China and Kinshasa in Democratic Republic of the Congo.

“We need to approach cities as a human-dominant complex ecosystem and manage them as such. If we do that I believe there is a bright future for humans and their cities,” says Bai.

She adds: “More than half of the world’s population lives in cities, and the trend keeps growing at an unprecedented rate. In future we will need drastically different ways of planning, building and governing cities.

“Cities have been the cradles and powerhouses of new ideas and movements from time immemorial. They still are – from the industrial revolution in Birmingham in the 18th century to the breakneck speed of economic growth in Bangalore, India, today.

“The lure of a better life attracts millions of people to the cities of the world. For the first time in history more people are living in cities than in rural areas. And this way of living is set to continue: by 2050 more than two thirds of the world population will live in urban areas.

“Urbanisation is arguably one of the biggest social transformations of our time.”

Born and raised in China and living in Japan for many years, she is now an Australian citizen. Bai is one of the founding members of the Future Earth Urban Knowledge Action Network and is said to have been influential in building its vision.

The motivation of the jury of the Volvo Environment Prize Foundation: “Professor Xuemei Bai is one of the most active global thought leaders in urban sustainability research, working across scales and tackling both theoretical and applied challenges with a focus on urban development in East Asia. Her work is an outstanding example of the application of research to policy and practice.”

Vice Chancellor of the Australian National University, Professor Brian Schmidt, a Nobel Prize laureate in Physics: “Xuemei Bai is an excellent researcher, well in front of the times. Her work here in Asia is absolutely poignant to the problems of the day. Study of urbanization and making that sustainable is something that is very real today and it is almost certainly going to be established as a broader discipline around the world.”

Owen Gaffney of the Future Earth Media Lab and Stockholm Resiliance Centre: “Xuemei is an outstanding academic and a leading thinker and analyst on cities in the Anthropocene – the local to global scale impacts of urbanisation. She has published widely on China’s urbanisation strategies. This is perhaps the largest human-resettlement experiment in history. China’s urban population could reach one billion within two decades. Exploring how this migration from rural to urban can enhance Earth system stability rather than undermine it is one of the most challenging questions of our time. Xuemei’s work reaches to the heart of this question.”

Wendy Broadgate, Global Hub Director of Future Earth in Sweden: “Xuemei’s research puts science at the centre of sustainable urban futures particularly for cities in the global south, when much research is focused on the north. She is a visionary leader within Future Earth’s Urban Knowledge Action Network and played an important role in setting research priorities for addressing climate change in city development.”