July 2, 2020 Comments Off on Voices to amplify in quest for climate justice 407 Views

Climate change has got to be the most popular words of our time, everyone has heard it, and everyone says it too. People around the world are demanding climate justice from various stakeholders in the environment: polluters and destroyer industries.

Climate justice is used for framing global warming as an ethical and political issue, rather than one which is purely environmental in nature. This is done by relating the effects of climate change to concepts of justice, particularly environmental justice. An important proposition of climate justice is that, those who are least responsible for climate change suffer its gravest consequences.

The fight for environmental justice took up in 1982, when residents of North Carolina started mass demonstrations against the plan to dump contaminated soil in a landfill on their community. In 2015, a group of brave Filipinos took the lead and filled a landmark petition with the commission of human rights in the Philippines, to claim their right to a stable climate. Some 47 big companies including Shell and Exon were investigated and invited to face communities. None of them showed up. The Philippines is one of the most vulnerable countries to climate change in the world.

The year 2019 will be known in history as the year of climate awakening. The whole world realised that climate change is bigger than it seem, and that we must all play our part in fixing it, and never give up trying. Two thousand protests were held across one hundred Countries around the world on a single Friday in August of 2019. From South Africa, to India, Northern Ireland, Japan, UK, USA, Australia, Finland, Italy, Scotland, Germany, New Zealand, etcetera. The protesters were all school children, who decided that “Fridays are for future”, and that if climate change strikes, they might not have a school to go to, or a future to look forward to.

In August 2018, a teenager (15 years old), stood in front of the Swedish parliament holding a banner that said: “School strike for the climate”, in Swedish; her name is Greta Thunberg. She is the face of climate strike in the world today, one of the most influential teenagers in the World in 2018 according to Time magazine. In 2019 Greta was Time magazine person of the year. Very important and influential people sat and listened to this child, she spoke, she acted, she captured more hearts than we can all imagine.

Children and youths are the voices behind climate action the world over today, they are creating organisations and forming groups to help restore the earth. They are fighting the old ways, throwing environment destructive practices out and coming in with environmentally sustainable ideas and actions.

Venessa Nakate is a 23-year-old Ugandan climate activist; she joined in the Fridays for Future Climate strike, alone on the streets of Uganda. She stood her ground until someone listened to her. Today she is known as the face of climate strike in Africa.

The children and youths have everything to lose if climate change persists. Children had no hand in the mess that they now must skip school to strike for. Big corporations and influential individuals who have profited off the environment at the cost of the environment, seem to have mastered the art of deafening silence in a crisis that have come to engulf us all. Governments are sceptical in making policies that will mitigate the effect of climate change. A president in one part of the world even denies that climate change exists. Hoax, he calls it.

As a youth I believe that everything in the world has a place, being amongst my peers and talking with them, makes me realize how passionate a lot of youths are about the environment, how much they wish things could change and the world can just go back to having a stable climate like when we were kids. As a teacher who works with children, I see their anger at the biggest polluters; I feel their pain for having to experience a consequence that they did not contribute to building. They ask thought provoking questions about what they can do to help salvage the situation that we have put our Mother Earth, now.

ALSO READ:  What climate change means to the American

Children are innocent and focused; they deserve to live in a world with less heat waves, steady rainfall, little or no forest fires, rare amounts of flooding, hurricane and insects infestations of any kind. With a future not assured if we all sit and fold our arms for nature to fix itself, the children and youths have decided to take it by force. Children striking and demanding that the adults take action and get their acts together, youths planting more trees, cleaning up the environment and helping to rid our oceans of plastic, they all want something in common, and that is, hope.

If we all want the polluters to fix things, policies for the mitigation of climate change implemented and some sanity restored in our alarmingly changing climate. The people that we must listen to, are youths and children. Their voices must be amplified if climate justice will ever be given. We are resilient, innocent, focused, passionate and smart. We have ideas that will heal the world and most importantly, we are the biggest losers if climate justice is not served. 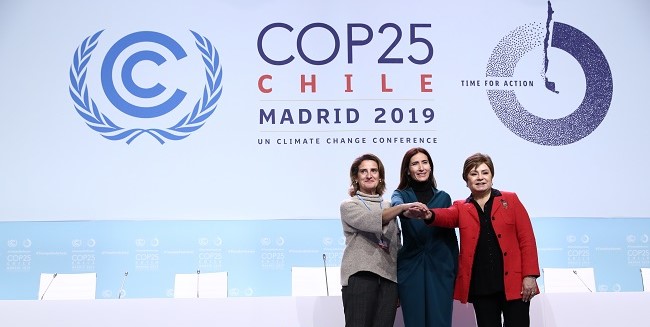 In a virtual address delivered on Monday, July 13, 2020 to the Oxford Climate Society, ...