Simran Vedvyas, a youth ambassador with Eye on Earth, has said that young people are vital to decision-making on climate change. 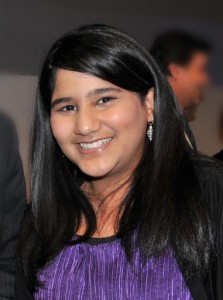 She spoke in Doha, Qatar, at the ongoing UN climate change talks.

Vedvyas stated that, as a 14-year-old, she cannot help but think about the future. She described young people as ‘tomorrow’s heroes’, arguing that they can and should raise their voices.

Vedvyas expressed regret that young people are only given one day in which to participate at the COP 18, but is clear in her affirmation of the strength of the youth voice.

She asserted that young people can and should strive to create the change they want to see in the world. She explained that, by creating a strong international network, young people have increased their power and enabled themselves to develop a better understanding of global issues.

Previous: A breakdown in COP 18 negotiations in Doha?
Next: Lagos WASH radio programme makes a debut