February 5, 2018 Comments Off on Varsity launches campaign against bush burning in Kwara 609 Views 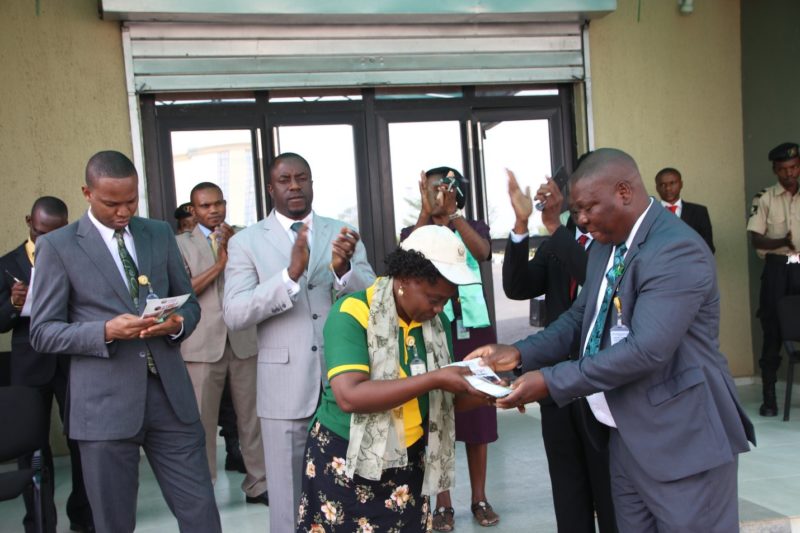 The campaign, which involved distribution of hand bills to educate residents  on the danger  associated with bush burning, took the team to schools and  markets in Omu-Aran and other designated areas in Eleyin and Ipetu-Igbomina communities in the state.

Speaking at the inauguration, Prof. Adeniyi Olayanju, the Vice-Chancellor of the university,  said that the campaign was in line with the institution’s corporate social responsibility.

Olayanju, who decried the negative impact of bush burning on humans, soil and environment, said the menace had become a stumbling block to the socio-economic development of communities.

He noted that the regulatory responsibility against incessant bush burning, especially at the grassroots,  had gone beyond what the government alone could  shoulder and advocated a  collective effort to achieve the desired results.

Olayanju also said there was the need to check  the activities of some hunters whom he accused of deliberately setting bushes on fire.

He listed the negative consequences of bush burning to include depletion of soil nutrient, environmental pollution, reduction in farm yield and income, rendering farm harvest unsafe for consumption  as well as destruction of the ecosystem.

“Consequences of bush burning also include serious eye and respiratory infections as well as breathing problems  among others.

” It is on this basis that we are spearheading the anti-bush burning campaign in Nigeria to tackle the menace head on,” he said.

Prof. Charity Aremu, Dean of the  College of Agricultural Sciences,  said the campaign was informed by the need to save both humans  and the  environment from bush burning-induced  attack.

Aremu extolled the virtues of  the celebrator, commending  her  commitment to  spiritual devotion  and restoration of  the dignity of the black race.

“These activities are geared toward honouring a woman of immense spiritual values who detests  human oppression in all its ramifications,’’ she said.