US, EU seek a weakened Loss and Damage in Paris agreement

December 8, 2015 Comments Off on US, EU seek a weakened Loss and Damage in Paris agreement 1,216 Views 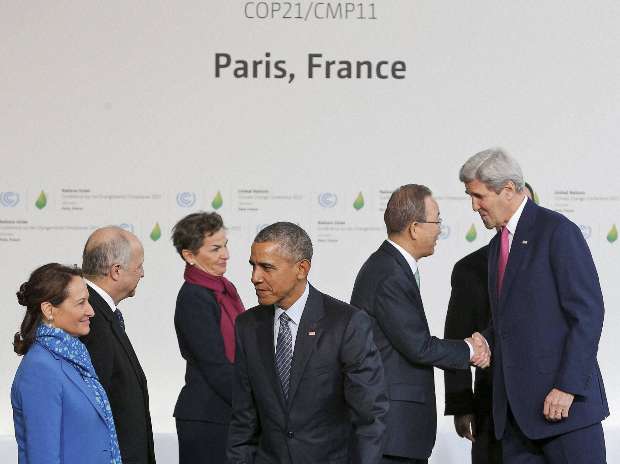 The US, EU and some other developed countries have demanded that poor and vulnerable countries commit at Paris that they shall never ask for compensation or hold rich nations liable for the inevitable loss and damage in coming years.

Business Standard accessed the proposal that the US put forth informally before other countries demanding that poor and vulnerable countries give up any future rights to demand compensation or create any form of legal liability upon developed countries.

The proposal reads, “The Parties recognise the importance of averting and minimizing loss and damage from climate change… The Parties commit to continued implementation of the Warsaw International Mechanism under the Convention, in accordance with decisions of the Conference of the Parties and on a cooperative basis that does not involve liability and compensation.”

The last phrase of the last sentence in this proposal sets the redline that US, EU and other developed countries in the Umbrella group, such as Norway have drawn for the developing countries, saying the issue of Loss and Damage would find way its way in to the core Paris agreement only if they agree to explicitly saying that compensation and liability issues would never be raised in future.

Loss and Damage refers to the fact that even after countries adapt and adjust to some bits of inevitable climate change, they would not be able to cope with the alterations to long-term environment and the increasing extreme weather events. These events and the changes in the environment would only get worse if developed countries do not take ambitious emission cuts and encourage developing countries to also do more by providing them finance and clean technologies.

After a huge and ugly fight between the US and developing countries, in 2013, at the climate summit held in Poland, all countries agreed to the principle of Loss and Damage and set up a preliminary formal structure under the UN Framework Convention on Climate Change to address it. This was called the Warsaw International Mechanism. The US along with the Umbrella group had fought tooth and nail against this and finally agreed to this relatively toothless institution. The compromise left the window open at that stage for discussions on compensation and liability issues at later years. A leaked US document at that time showed how it had briefed all its embassies across the world to oppose such an idea from the outset even before the meeting of countries at Warsaw began.  This institution’s existence is likely to end 2020 when the new Paris agreement gets implemented.  Unless, the 196 countries here can either give a mandate here to extend its life or create a new more robust mechanism.

But the US, the EU and members of the Umbrella group of developed countries have warned that they would permit the principle of Loss and Damage to exist in the Paris agreement only if the permanent exclusion of compensation and liability is explicitly put on record.

Multiple sources aware of the informal consultations between countries on the issue of Loss and Damage confirmed that both the US and the EU said they saw this as a red-line. In other words, a condition they would not budge from at any cost.

The informal discussions, which all engaged countries realise were very sensitive, have not even been captured in the penultimate draft that negotiators approved on Saturday. But, countries were told that when ministers meet US and EU demand would be put before them on their table behind closed door.

“Midway through the negotiations, the US is showing its true colours by proposing a specific exclusion of any future compensation for loss and damage.  Such a move belies the US’ empty rhetoric of solidarity with vulnerable nations,” said Harjeet Singh, Climate Policy Manager at ActionAid International and an observer focused on this element of the climate negotiations.

“From their point of view, in the shape of Loss and Damage the developed countries see a tiger cub in the room and they want to break its teeth before it learns to hunt,” said a developing country negotiator.

“But, the only way such a notion of Loss and Damage could get passed at Paris is if some of the vulnerable small nations give up their position under pressure from the developed economies,” he added.

The push for Loss and Damage in the UN climate negotiations has come most vociferously from the small island countries but they too carry variations linked to their geopolitical and economic conditions as well as dependence on larger developed countries with which they close ties.

The first sign of this happening emerged with the environment minister for St Lucia – one of the small island states with which US President Barack Obama has had bilateral discussions, told the BBC, “I think we can come up with something that allays the fears of the EU and US where liability and compensation is concerned without us giving up any rights that we currently enjoy under existing international agreements,” Senator Fletcher said.

Another negotiator in Paris aware of the changing dynamics said, “The US President has met the Caribbean island countries and we are now hearing ambivalent arguments from some of these. You can see a divide emerging on this now among the most vulnerable countries.”

After the Obama meeting, Marshall Island’s President, Christopher J Loeak, in a press release had said, “As an island boy, (Obama) understands the unique challenges we face. The meeting was a chance to talk, at a very personal level, about how vulnerable we are to climate impacts and that we all need to work together.”

“The countries that are looking to compromise on this with the US, the question is what will they seek in the bargain? I would conjecture it would likely be a reference to keeping global temperature rise to 1.5 degree by the turn of the century and not 2 degree Celsius. It could be the face saving trade off, however notional,” the negotiator said. 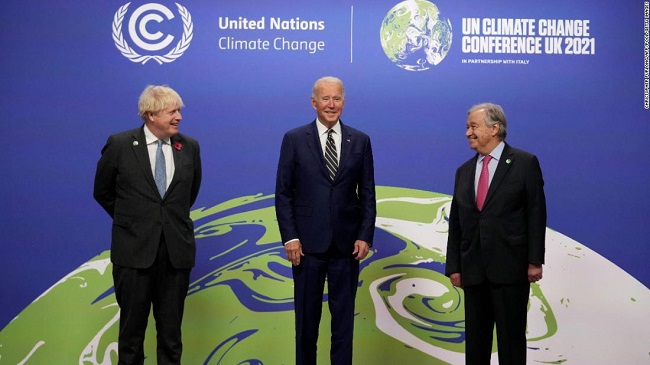 With COP26 running into overtime, speakers at a media session by Climate Action Network (CAN) ...